Former Labour MP, Thelma Walker, said this was "just the start" for the Northern Independence Party 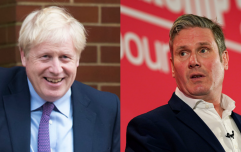 END_OF_DOCUMENT_TOKEN_TO_BE_REPLACED

Killick, who came ninth out of 16 candidates, was convicted of voyeurism last year after filming a naked woman in a hotel room while she was unconscious, following the woman's five-year campaign for justice.

Walker, who brought home 250 votes, took to Twitter to lament her low result but said "this is just the start."

"I would have liked more votes but we now have a New Democratic socialist party and people are discussing the North /South divide," she said.

I would have liked more votes but we now have a New Democratic socialist party and people are discussing the North /South divide. This is just the start for NIP
Thanks to everyone in the @FreeNorthNow team. Now some sleep!

"This is just the start for NIP Thanks to everyone in the @FreeNorthNow team. Now some sleep!"

NIP garnered attention on social media over recent weeks for their outspoken and satirical campaigning, telling JOE last month they were aiming to take all of Labour's seats in the North.

Most of NIP's voter base compromise of disillusioned left-leaning Labour voters and former Jeremy Corybn supporters dissatisfied with Sir Keir Starmer's leadership of the Labour party. 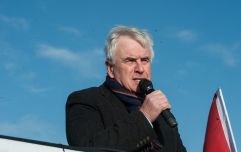 John McDonnell: It is 'ludicrous' to blame Jeremy Corbyn for Hartlepool

END_OF_DOCUMENT_TOKEN_TO_BE_REPLACED

Killick's candidacy sparked outrage, with local campaigners launching a petition to prohibit sex offenders being able to run for public office in future.

The petition has so far attracted almost 6,000 signatures.

Sarah Gate, the person behind it, told Teeside Live that people in her hometown were "appalled" that Killick was allowed on the ballot. 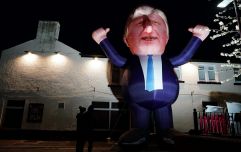 Labour lose Hartlepool to the Conservatives in historic defeat

END_OF_DOCUMENT_TOKEN_TO_BE_REPLACED

"A lot of people didn’t even realise that those on the register can become MP or run for local councillor" said the 33-year-old digital marketing strategist and feminist blogger.

As it currently stands, the law prevents certain groups - including civil servants, police officers and members of the armed forces - from standing to be an MP. People who are subject to bankruptcy restrictions in England and Wales are also banned.

"The system cares more about how you've treated money in the past than people" said Sarah.

popular
Bet on yellow card for Xhaka vs Leeds at centre of Premier League betting probe
Roy Keane wary of 'Klopp coming after me' following Liverpool comments
Dance sensation Lily Douglas dies with cancer aged 14
West Ham fan's laughable attempt to prove Edinson Cavani was offside goes viral
Non-league footballer Christian Rowe dies aged 19
Anthony Joshua to accept huge fee to step aside for Fury vs Usyk
Drivers need to be aware of change to roundabout rules from next week
You may also like
Comment
Blaming Jeremy Corbyn for Labour's failures is a sign of a party in denial and in decline
News
Elections 2021: Searching for the Labour party's soul in Hartlepool
News
Keir and loathing on the campaign trail
Politics
Convicted sex offender standing as MP candidate in Hartlepool byelection
News
Meet the the Northern Independence Party: We're planning on taking all of Labour's seats in the North
Next Page