Government to officially review cannabis for medicinal use

Sajid Javid told the House of Commons he will consider the evidence for making the drug available on prescription, however, rejected calls for the drug to be legalised for recreational use

The Home Secretary has announced an official review of the use of medicinal cannabis. 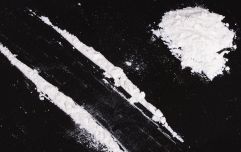 Nineteen soldiers from one regiment test positive for cocaine and cannabis

END_OF_DOCUMENT_TOKEN_TO_BE_REPLACED

Speaking in the Commons earlier today, Sajid Javid said the government would consider the evidence for making the drug legal on prescription, however, he rejected calls for the drug to be legalised for recreational purposes.

The move comes amid mounting pressure for the drug to be made available to those with medical conditions, in the wake of the case of 12-year-old Billy Caldwell, who was granted access to his "life-saving" cannabis oil medicine last week, following an emergency intervention by Javid.

"It is time to review" the use of cannabis for medicinal use - UK Home Secretary Sajid Javid tells Commons https://t.co/4VORErbMZx pic.twitter.com/UJY2aDLhka

"It has become clear to me that the position we find ourselves in currently is not satisfactory," Javid told MPs.

He added that he supported the parents of children like Billy Caldwell who were “following a gut parental instinct to do whatever is in their power to try and alleviate their child’s suffering” in obtaining cannabis oil for their epileptic children. END_OF_DOCUMENT_TOKEN_TO_BE_REPLACED

The drug's therapeutic value is not currently recognised under the law in England and Wales. Anybody buying or using it can be arrested or jailed.

The Home Office has now set up an expert panel to review the rules on the therapeutic use of the drug.