Late on Saturday night Billy Caldwell, who has drug-resistant severe epilepsy, was granted access to his "life-saving" cannabis oil medicine following an emergency intervention by the home secretary, Sajid Javid. 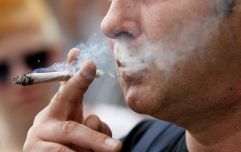 Germany set to legalise cannabis within the next ten days

END_OF_DOCUMENT_TOKEN_TO_BE_REPLACED

The oil was confiscated from the boy's family at Heathrow airport last week and his seizures intensified since, leading to him being admitted to Chelsea and Westminster Hospital in London on Friday.

When an emergency exemption was made by Sajid Javid, Billy Caldwell’s mother, Charlotte, said that even the doctor who broke the news was crying. She told The Sunday Times: "There were tears going down his face and he’s a doctor. Everybody was overwhelmed. I just fell apart and had a cry. This has 100 per cent saved Billy’s life."

"It's definitely controlling his seizures" - #BillyCaldwell 's mother on the effect #cannabis oil has on her son pic.twitter.com/aXtiodIEU7

Billy's oil contains a small amount of THC, the psychoactive compound in cannabis which is banned in the UK, but taking an entire bottle's 100 doses would not create any kind of psychedelic effect, so low is the concentration.

When his mother tried to take oil from Canada into the country on Monday Heathrow airport officials confiscated the medicine.

Before this week, Charlotte Caldwell said her son had not had a fit in 250 days, having taken the cannabis-based drug for 19 months.

MPs from all parties have been critical of the UK's stance on medicinal cannabis.

Six-year-old Alfie Dingley, who also suffers a rare form of epilepsy, visits MPs with his family to lobby for access to cannabis oil (Credit: Jack Taylor)

Crispin Blunt, a Conservative, said current laws were based on an "outdated"  view of cannabis' medicinal value.

Blunt is a co-chair of the all-parliamentary group on drug policy reform and called the existing law "frankly absurd." 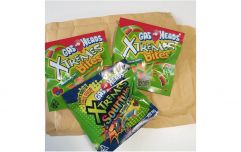 END_OF_DOCUMENT_TOKEN_TO_BE_REPLACED

Speaking to BBC Radio 5 Live he said "very well established science" proves cannabis can help various epileptic conditions and some multiple sclerosis symptoms. "We need to get serious now about getting the benefits of these medicines, and move to change the frankly absurd position we are in."

Liberal Democrat MP Christine Jardine called for the Home Secretary to make medicinal cannabis based products available to those who need them.

Ms Jardine has been campaigning on behalf of her constituent Murray Gray, who is also seeking access to cannabis based treatments for seizures.

She said: "Sajid Javid has done the right thing for a young boy enduring unimaginable pain.

"These treatments can have enormous benefits for patients like Billy Caldwell and my constituent Murray Gray.

"The Home Secretary should now take common sense steps to ensure that these treatments are available for all those patients who could benefit from them."

Norman Baker, a former Home Office minister and Lib Dem MP, said he had tried to change medicinal cannabis laws in office but was "obstructed all the way," by then home secretary Theresa May. He has accused the prime minister of having "some sort of pathological fear of cannabis."