We've given the world so much. Now ginger men are giving the world a calendar. 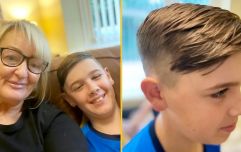 END_OF_DOCUMENT_TOKEN_TO_BE_REPLACED

For a group of people that make up about 1 per cent of the globe's population, redheaded men have punched above their weight in what we've provided to the world.

Now, here's a chance to celebrate the redheaded, the orban, the strawberry blonde and everything in between: a "Red Hot" men's calendar.

The ginger-loving calendar that raises funds for testicular cancer is back for another edition (funny how that happens every year with calendars) and the people behind it are looking for six redheaded men to get their kit off and strike a pose.

This year's edition is called 'Red Hot Motel' and promises to be the "ultimate ginger fantasy," a motel where "hot ginger guys come and unwind."

Six men are required to join the team of models and "cut loose at this ginger oasis."

The advert reads: "The only ginger-male calendar in the world is back to raise funds for testicular cancer. In this latest edition, Red Hot invites us to discover the Red Hot Motel, a fantasy destination where ginger guys come to unwind.

"Set in the seventies, we follow some of Red Hot's famous models and new faces as they cut loose in this ginger oasis." 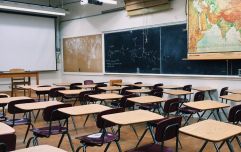 END_OF_DOCUMENT_TOKEN_TO_BE_REPLACED

It continues: "The brand are looking for six more models to join the current lineup for this year's calendar.

"The aim of the project is to raise awareness and funds for the charity 'It's in the Bag,' a testicular cancer support group formed by survivors and NHS specialists, whose work has already saved countless lives by spreading the word on prevention and cure."

The advert adds that this year's campaign will come with a short film directed by fashion photographer Thomas Knights, and there will also be a Making Of documentary, offering viewers a "fully immersive experience."

But be warned, when it says you need to be comfortable getting naked it means it. We're talking the whole hog here.

But if you want to feature in this redhead bonanza, you'll have to hurry. Entries must be available to shoot in London on 31 August.

To enter the model search, you can apply here.