They're getting more and more pathetic by the day.

It seems the right-wing press are growing increasingly desperate in their quest to rid Gary Lineker of his freedom of speech. The likes of the Daily Mail, Daily Express and the Sun are doing everything in their power to shut the ex-England captain up, but with precious little effect on his output.

Lineker continues to have the temerity to speak out on issues that matter to him on a personal level, as well as criticise those who fail to show a basic level of empathy, respect and humanity towards those suffering in the world. Certain tabloids don't appreciate such a high-profile alternative point of view.

The problem is that Lineker is quite a popular figure, and that makes his words dangerously influential. He has a personal Twitter following of 5.4 million, and each tweet is shared by thousands of people, some of whom have a comparable reach to his. In the eyes of some Fleet Street editors, that's a concern.

But how do you stop him? If the best you can do in terms of raking up scandal is this type of non-story, you're slightly fucked. The alternative is to discredit what he says. You can't use facts and figures if they tend to back him up, so your next best option is to question whether his opinions are actually...well, his.

Kelvin MacKenzie, an individual who is loathed around the land for numerous very valid reasons, had the bare-faced cheek to question whether Lineker actually composes his own tweets, because they make too much sense and use words with up to FOUR syllables! To use the proverbial, we shit you not.

The eight-letter word 'dystopia' was of particular interest to MacKenzie, as if an ex-footballer - and accomplished broadcaster - couldn't possibly have the requisite brain cells to use such a term.

We could all do with a laugh. Kelvin MacKenzie today repeats his allegations that @GaryLineker has someone write his tweets for him 🤔 pic.twitter.com/aBoV84leKD 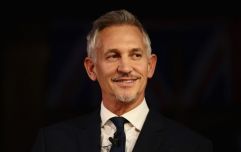 END_OF_DOCUMENT_TOKEN_TO_BE_REPLACED

Gary - if that is his real name - tried to keep things simple with his response, presumably so MacKenzie would fully comprehend the sentiment. Although we suspect the word 'aspersions' will be looked on with deep suspicion by the former editor of the Sun...

Cast all the aspersions you wish, but I write every word of every tweet I've ever posted, as every person who has been in my company knows 👍 https://t.co/0muKlb9AD3

Here's some more words that MacKenzie could perhaps add to his personal vocabulary: