Everyone's got a skill

A man who lost his job during the pandemic has found a successful new revenue stream for himself by offering to put together people's flatpack furniture. 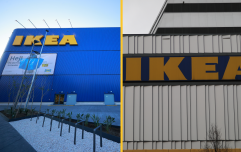 END_OF_DOCUMENT_TOKEN_TO_BE_REPLACED

Waz Mahmood lost his job as a trainee construction site manager in September, and after having previously built Ikea flat packs for people as a way of making extra cash, he decided to advertise his services on the Airtasker app.

The app lets users post tasks that they need doing , with other users then able to bid on the jobs and offer their services. Waz first used the app back in 2018 to save up money for a holiday to Ibiza, and managed to raise the funds for the trip in just 30 days.

Speaking about how he first found Airtasker, he said: “I actually found Airtasker after searching online for how to make extra money – I was saving for a last minute trip to Ibiza and I had 30 days to make the money – the work I did on Airtasker made that happen!"

But this time round it proved much more lucrative for the 31-year old, and he managed to make a living out of the work during the pandemic, taking on hundreds of jobs. According to his profile furniture assembly has "become second nature" to him, and he boasts a perfect 5-star rating on the platform from 202 reviews.

He has now found another job as an assistant construction site manager, but still takes on extra jobs to get some more cash in.

It's not been without its dramas and mishaps though. He once made a 160-mile round trip to Southampton to build a wardrobe, not realising how far away the city was, and on another occasion his nephew managed to fall through the back of a wardrobe that the two of them had just built.

As a result of his many successes though, he's a bit of a big name on the app. 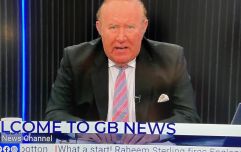 END_OF_DOCUMENT_TOKEN_TO_BE_REPLACED

""Now, of course, I'm a well-known name on Airtasker. I've been in the game for a while, so when I bid on a job everyone recognises me," he said.

What a great example of spotting a gap in the market. And a brilliant showcase of just how much people hate putting together flatpack Ikea furniture.

popular
Patrice Evra slams Jamie Carragher for criticising Cristiano Ronaldo
Machine Gun Kelly stabbed himself in front of Megan Fox to look cool
Horrifying footage shows cop fatally shoot man in wheelchair 9 times
Prince Andrew 'flew with sex slave' who was 'frozen with fear', court told
Frank Lampard admits he 'felt terrible' over comments he made about Paul Pogba
A definitive ranking of every swear word from worst to best
Here's how to see who's been taking screenshots of your Instagram Stories
You may also like
Sponsored
An essential survival guide to starting university in a Covid world
News
IKEA has released Disassembly Instructions for loads of its products
Life
Man gets his testicles trapped in IKEA chair, asks them for help on Facebook
News
England fans criticised for invading IKEA store following victory over Sweden
Life
The five emotional stages of a "quick trip" to IKEA
Next Page