The number of cases in NHS hospitals doubled on that day

England's mighty charge to their first World Cup semi-final in 28 years sparked a record number of people to be admitted to hospital with alcohol poisoning.

NHS England said 711 people were admitted with the condition on July 7, the day England beat the Swedes 2-0. On an average Saturday, doctors treat 386 people for alcohol poisoning.

The health service also said that 10 per cent of all accident and emergency admissions are alcohol related. On a Friday and Saturday, that rises to 70 per cent.

Hospital visits due to alcohol poisoning have the broader A&E diagnosis of "poisoning (including overdose) other, including alcohol." 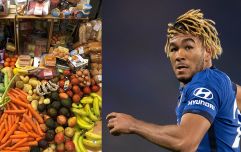 END_OF_DOCUMENT_TOKEN_TO_BE_REPLACED

A spokesman said it may be assumed that the bulk of cases on July 7 were alcohol-related poisonings, given the date of the Sweden game, and the sharp spike coming as a result of the victory.

Dr Clifford Mann, NHS England's clinical lead for accident and emergency, said: "As a doctor who works in emergency care, I've seen first-hand how drunk and sometimes aggressive people can put extra stress and pressure on paramedics, nurses and other hospital staff trying to do their job.

"As we prepare to see in the new year, I would urge everyone to have a great time but not to overdo it - the NHS is not the National Hangover Service."