The father has covered his home with more than 20 flags.

An England football fan who plastered his home in St George’s cross flags has kept them displayed despite threats and the teams disappointing draw against rivals Scotland at the weekend. 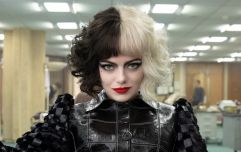 END_OF_DOCUMENT_TOKEN_TO_BE_REPLACED

The 42-year-old father covered his home in 23 red and white flags celebrating the start of the 2020 Euros and England’s campaign to bring the title home.

But despite England's dour 0-0 draw with neighbours Scotland on Friday night, he is determined to keep them up and not lose the faith in Gareth Southgate's men.

And after suffering online abuse and threats that his windows would be smashed in for decorating his home with the patriotic flag the father, who didn’t want to be named, has continued to display the flags.

The property in Phoenix Street, West Bromwich, has over 20 flags covering every inch of the house leaving just the windows and front door bare.

The property owner has covered his home in more than 20 flags of the St George's Cross. 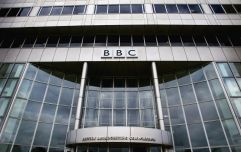 END_OF_DOCUMENT_TOKEN_TO_BE_REPLACED

He has said he will keep the flags up despite receiving threats for his display.

All 23 of the flags still take pride of place covering the red-bricked property and a larger flag continues to fly high on the corner of the house despite the threats this morning.

England's next game is against the Czech Republic on Tuesday evening, with the Three Lions needing just a point to guarantee their qualification for the next round. A win would see England top the group although this is likely to see them face a much more difficult opponent in the next round.

popular
Heartbroken Dina Asher-Smith gives emotional interview as her 2020 Olympic dream ends
Alex Scott hits back at Brexiteer Lord who complained about how she speaks
The JOE Friday Pub Quiz: Week 254
DaBaby disappears from Parklife festival lineup after on-stage homophobic rant
Amazon share price plunges, losing Jeff Bezos $13.5 billion
Doctor says never take paracetamol to treat a hangover and reveals what to take instead
Nigerian sprinter Blessing Okagbare out of Olympics after failed drugs test
You may also like
News
Wayne Rooney apologises to family and Derby over leaked online images
News
Scientists see light from other side of a black hole for first time ever
News
UK beach installing BBQs for people to use for free
News
Donald Trump compared to Bin Laden over US Capitol riots
News
Boris Johnson says £200m royal yacht will let UK ‘show itself off to the world’
Next Page