Djokovic: I will miss Wimbledon and French Open rather than get Covid jab

Djokovic said he shouldn't be associated with the anti-vax movement

Novak Djokovic has revealed that he has happy to miss out on competing at Wimbledon and Roland Garros if the alternative is being forced to get the covid vaccine.

END_OF_DOCUMENT_TOKEN_TO_BE_REPLACED

In his first interview since he was deported from Australia for not having the jab, the Serb said he supported an individual's right to choose.

Speaking to the BBC, the 20-time Grand Slam champions admitted that he was willing to give up the chance to add to his titles at in France and England, saying "that is the price I'm willing to pay."

After being asked why this was, he replied: "Because the principles of decision making on my body are more important than any title or anything else. I'm trying to be in tune with my body as much as I possibly can."

Confirming that he'd had vaccines as a child, Djokovic said: "I was never against vaccination but I've always supported the freedom to choose what you put in your body."

END_OF_DOCUMENT_TOKEN_TO_BE_REPLACED

He explained that he had "always been a great student of wellness, wellbeing, health, nutrition."

Djokovic said that he was "keeping [his] mind open" about the possibility of being vaccinated in the future, "because we are all trying to find collectively, a best possible solution to end Covid".

He added: "I understand that globally, everyone is trying to put a big effort into handling this virus and seeing, hopefully, an end soon to this virus."

Speaking exclusively to the BBC, Novak Djokovic confirms he has made the decision not to have a covid jab 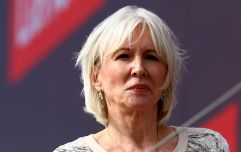 END_OF_DOCUMENT_TOKEN_TO_BE_REPLACED

The current world number one also went into more detail into why he was deported from Australia just days before the start of the Australian Open, saying he was "really sad and disappointed with the way it ended" for him.

Denying that any visa declaration error was made deliberately or that there was any attempt to tamper with tests he had done for Covid, Djokovic said: "What people probably don't know is that I was not deported from Australia on the basis that I was not vaccinated, or I broke any rules or that I made an error in my visa declaration. All of that was actually approved and validated by the Federal Court of Australia and the Minister for Immigration.

"The reason why I was deported from Australia was because the Minister for Immigration used his discretion to cancel my visa based on his perception that I might create some anti-vax sentiment in the country or in the city, which I completely disagree with."

The covid-19 vaccine is proven to dramatically reduce the chance of getting seriously ill with the virus, and went through a number of clinical trials to meet strict international standards for safety, quality and effectiveness.

You can read more about the safety and side effects of the vaccine on the NHS website.

popular
Brit on holiday beaten with a brick by gang before being thrown in the sea unconscious
Men with ‘very large penises’ wanted for new documentary
Premier League player arrested on suspicion of rape facing two more allegations
Dad who ran off with Ukrainian refugee says couple are doing 'brilliantly' - but he can't see his kids
Teens are turning up to watch Minions in suits - and why cinemas have been forced to ban them
British schoolboy breaks internet after attending prom in sequined tuxedo ballgown
July 4 shooter: Chicago suspect fled the scene in women’s clothes and planned attack for weeks, police say
You may also like
Sport
Liverpool fans 'happiest' in the Premier League, according to survey
Sport
Graeme McDowell reveals death threats over Saudi-backed LIV Golf Series switch
Sport
Heung-min Son opens up on racial abuse suffered as a teen in Germany
Sport
Premier League player arrested on suspicion of rape facing two more allegations
Sport
Ryanair troll Spurs with Arsenal chant after Antonio Conte spotted on flight
Next Page