Why can he play every instrument? Why is he so happy all the time? Why is hair so glorious, his beard so thick, his face so immediately warm and handsome? 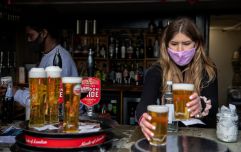 END_OF_DOCUMENT_TOKEN_TO_BE_REPLACED

Why is he so fucking lovely, as well? How can anyone be as constantly lovely as Dave Grohl is? It's impossible. Surely there is something ludicrously dark going on behind the scenes.

Maybe he has a box of orphaned kittens he keeps in a wardrobe and shouts obscenities at whenever he's feeling a bit pissed. Maybe he has one particular houseplant that he purposely doesn't water, leaving it to slowly wither and die as an example for the rest.

Or maybe, just maybe he is a genuinely, fundamentally, sound person.

The latter appears to be the case after his latest act of kindness: treating Californian firefighters to a well-earned BBQ after the state was ravaged by wildfires this week.

Grohl did his part by rustling up some goodness for Fire Station 68 in Calabasas, Los Angeles County.

The meats and eats were free, obviously, and provided by Grohl's recently launched Backbeat BBQ.

Dave's thank you was clearly appreciated by the firefighters, who continue to work long hours and tackle the wildfires across the state. The Camp Fire in the north has claimed the lives of 42 people in the region so far, whilst the Woolsey fire in the south has killed two and affected properties in Los Angeles and Malibu. 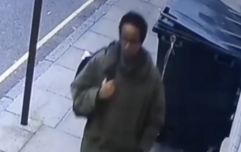 END_OF_DOCUMENT_TOKEN_TO_BE_REPLACED

Meanwhile, Donald Trump's response, a series of tweets blaming the infernos on the “gross mismanagement” of state forests at the hands of administrators, was met with widespread criticism.

Rightly so, given that this is a man who is frightened of rain.

Dave Grohl for President, I say. The Rock as his vice. That's the future, America. Embrace it. Make it happen.