Chinese grandmother praised for bravery after fighting off attacker in US

She fought back using a wooden stick

A 76-year-old woman, originally from Guangdong in south-east China, has been praised for her bravery after she fought off a man who randomly attacked her on the streets of San Francisco. 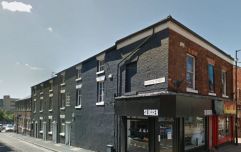 END_OF_DOCUMENT_TOKEN_TO_BE_REPLACED

After the incident, Xiao Zhen Xie told KPIX 5 that she was standing at a crossing in San Francisco when a man randomly punched her in the face.

Xie said she immediately defended herself by hitting her attacker with a wooden stick that she found nearby.

Just came upon an attack on an elderly Asian woman on Market Street San Francisco. Effort I got more details pic.twitter.com/5o8r0eeHE2

The 39-year-old man was taken to hospital in a stretcher, after he suffered cuts to his face.

In a video taken after the incident, Xie said to the man in Cantonese: "You bum, why did you hit me?"

The woman then proceeded to turn around to a group of bystanders and said: "This bum, he hit me," before repeating: "He hit me, this bum."

END_OF_DOCUMENT_TOKEN_TO_BE_REPLACED

Betty Yu, a reporter at KPIX, took to Twitter yesterday to give the public an update on Xie's situation.

She said: "76-year-old Xiao Zhen Xie is home from the hospital. Her family says she's still 'dizzy, very scared, and traumatised.' She cannot see out of one eye at this time. Her grandson is working on a gofundme, will keep you posted."

MARKET STREET ATTACK VICTIM SPEAKS:
76-year-old Xiao Zhen Xie is home from the hospital. Her family says she's still "dizzy, very scared, and traumatized." She cannot see out of one eye at this time. Her grandson is working on a gofundme, will keep you posted @KPIXtv pic.twitter.com/tworjAE0v8

The shocking incident comes after the number of reported attacks in the San Francisco Bay area against Asian-Americans has increased in the past couple of months, local news reported.

Earlier this week, eight people were also shot dead in a spate of Atlanta shootings. Six of the victims were Asian-Americans.

Many showed their support for Xie online, with one user saying that the 76-year-old grandmother was "really brave",  while another said that she "taught him a lesson".