Among the 8 people killed in the Atlanta shootings, 6 are believed to be Asian women

Police were called to a number of spas in the Atlanta area over the course of just a couple of hours on Tuesday evening. The first call was to a spa in the Acworth suburb around 5pm, where five people had been shot. Two died on the scene and two more passed away later on in hospital. 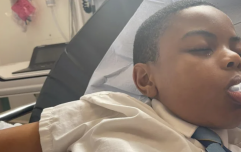 END_OF_DOCUMENT_TOKEN_TO_BE_REPLACED

Less than an hour later, a call was placed across the city and the police arrived to find three more Asian women dead inside Gold Spa Massage. Whilst still on the scene, another shooting had already taken place just a mile away at an aromatherapy spa, where another Asian woman was killed.

Of the eight total victims found, six of them were women of Asian descent.

Whilst investigators have taken a suspect into custody and the official motive remains unconfirmed, it seems highly likely that this was a racist killing spree.

Naturally, once the news started to come out, the #StopAsianHate trend appeared all over social media. This is by no means a new movement - the @StopAAPIHate initiative was set up in January 2020 to combat statistics like this:

The racist anti-Asian rhetoric started by Trump continues to put lives at risk: 200% increase in hate crimes against Asians in US, 300% in UK.

Tuesday’s Atlanta murders won’t be the last unless we ALL make an effort to educate ourselves, condemn these attacks and #StopAsianHate pic.twitter.com/7GtwqlFED2 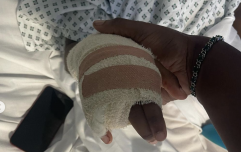 END_OF_DOCUMENT_TOKEN_TO_BE_REPLACED

Violence towards Asian communities has ramped up since the coronavirus pandemic began and the rhetoric surrounding the virus' origins. This has only been exacerbated in the last 12 months by Donald Trump's outwardly racist remarks, dubbing Covid-19 'the China virus' and the 'kung flu'.

Not only are these despicable comments deeply problematic, but it has managed to whip up his followers into a hateful frenzy over the past year, with the increase in American-Asian hate crimes having sky-rocketed. There were approximately 3,800 attacks on Asian-Americans alone were reported in the last year. 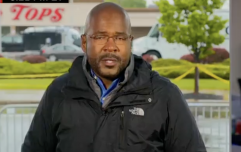 END_OF_DOCUMENT_TOKEN_TO_BE_REPLACED

The suspect currently in custody, is a 21-year-old from Woodstock: another city in the Cherokee County of Georgia. The police are confident he is the shooter.

As well as driving several miles to carry out these attacks at three different locations, Long was pursued for over 150 miles before being arrested in Crisp County.

Our hearts go out to all those affected.