Yet another tragic story from the Channel

A survivor from the recent Channel crossing tragedy has spoken out about his experience trying to reach the UK from Calais and what those onboard did to try and survive. 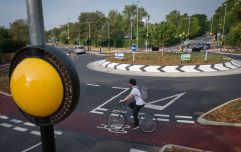 END_OF_DOCUMENT_TOKEN_TO_BE_REPLACED

21-year-old Mohammed Ibrahim Zada was one of only two survivors after at least 27 bodies were recovered from the incident on Wednesday November 24, where 33 passengers climbed into an inflatable dinghy that filled with water almost immediately.

As he details in the video below, the group "started to hold each other's hands; each person was holding hands with the person next to them in order not to sink or drown".

Mohammed Ibrahim Zada, 21, who hails from a Kurdish region of Iran, was one of two survivors of last Wednesday's incident - the worst tragedy since the current crisis beganhttps://t.co/JpLHJxFm4s

As he goes on to say in this interview taken from Rudaw TV, this process went on for hours and "as the sun rose in the early morning, people couldn't take it any more and they all gave up on their lives". Truly a harrowing image.

Among the first of the bodies to be recovered on Wednesday were three children and a pregnant mother who were identified among the dead; another was confirmed to be one Maryam Nuri Mohamed Amin, a 24-year-old Kurdish woman who was simply "desperate" to be reunited with her fiancé on British soil.

These are the only details that matter: human stories from real people looking to make a better life, just like all of us. People, not migrants.

Our PoliticsJOE team recently travelled to Calais to see what life is like in migrant camps.

popular
Man dies three days 'after GP sent him home and threatened to strike him from surgery list'
Driver arrested on suspicion of murder after knifeman 'hit with car while stabbing woman'
Peter Dinklage calls Snow White and Seven Dwarfs remake 'f*cking backwards'
Marcus Rashford responds after being pictured with disgraced rapper Wiley
McDonald's launching new Big Mac with twist for first time ever in UK
Outrage after Sadio Mané allowed to play on for 10 minutes after being knocked out
Schoolboy loses both nipples after classroom dare involving two cans of Lynx
You may also like
Coronavirus
Why are we ditching Plan B now and how do our covid measures compare with Europe?
News
'Armed' dad holding son, 8, in three-day house siege posts pics from inside siege
Sport
Britain and Ireland set for Euro 2028 bid instead of hosting World Cup in 2030
Entertainment
Cinema flouts covid ban to show covid conspiracy film
News
UK experiences hottest New Year's Day on record
Next Page