She is the first of many victims yet to be identified

The first confirmed victim of Wednesday's Channel tragedy has been identified as a 24-year-old Kurdish woman who was trying to reach her partner in the UK.

END_OF_DOCUMENT_TOKEN_TO_BE_REPLACED

Maryam Nuri Mohamed Amin was one of 27 people who drowned attempting to reach UK shores from the mainland.

Her cousin, Krmanj Ezzat Dargali, told LBC that she was "glowing with hope" to start a new life with her fiancé Karzan.

"Instead of hope it ended in tragedy," said Krmanj.

Maryam Nuri Mohamed Amin, a 24-year-old Kurdish woman is the first victim to be named from those who drowned in the Channel. She was fleeing northern Iraq, not migrating through choice but seeking safe passage & refuge to survive.

She was engaged & had a future. Say her name. 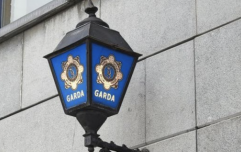 END_OF_DOCUMENT_TOKEN_TO_BE_REPLACED

"Her life ended, but the torture and the wounding and the excruciating pain for our family began."

Before Maryam was identified on Thursday, her fiancé said he was concerned for her health after her GPS suddenly cut off.

"I am in a very bad state," he told the Telegraph. 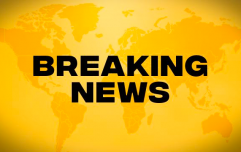 END_OF_DOCUMENT_TOKEN_TO_BE_REPLACED

"She is not in the UK, which means that she is gone. It is very sad for me, and for everyone.

"I had continuous contact with my wife and I was tracking her live GPS. After 4 hours and 18 minutes, from the moment she went into that boat, I think they were in the middle of the sea, then I lost her."

Her name was Maryam Nuri Mohamed Amin. She was 24 and from northern Iraq. She drowned in the English Channel trying to reach her soul mate in England.

She was escaping 4 waves & 18 years of war commenced by England’s invasion of Iraq.

She was a refugee. pic.twitter.com/s4Ahll8nhL

Upon hearing that a boat had capsized in the Channel, Karzan contacted the human traffickers, who confirmed they were unable to communicate with the vessel.

It is understood that her family is awaiting her body to be flown back to Iraq to hold a funeral in the Kurdish city of Irbil.

24 year old Maryam Nuri Mohamed Amin from Iraq is among the 27 who died in the Channel.

Her fiancé says she was messaging him as their dinghy started deflating.

He didn’t know she was attemptimg the journey - she planned to arrive in the UK as a surprise https://t.co/aiJnsn8fHY

"The situation is just awful. She was a woman in the prime of her life. It's a total tragedy and the whole family are in shock."

Addressing the Uk Government, he added: "We hoped that Britain and France would accept us in a better way.

"Anyone who wants to leave their home and travel to Europe has their own reasons and hopes, so please just help them in a better way and not force them to take this route of death."