The new scheme could be introduced by November

People across the country could be paid 20p for every plastic bottle they recycle, according to new government plans. 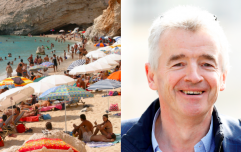 END_OF_DOCUMENT_TOKEN_TO_BE_REPLACED

The new proposal of giving people a small fee in return for their plastic bottle could be used to form part of a plan to tackle waste and increase recycling.

Over 40 other countries and states have implemented similar initiatives, which have successfully increased levels of recycling.

Germany, for instance, successfully introduced the 'Pfand system' (deposit system), which enables citizens to recycle bottles at supermarkets and other sites in return for a small amount of money.

According to the British Plastics Federation (BPF), recycling rates continue to increase year-on-year. 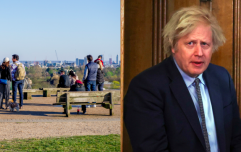 END_OF_DOCUMENT_TOKEN_TO_BE_REPLACED

In a report on the recycling of plastic, BPF said: "In the year 2000 only 13,000 tonnes of plastic bottles were recycled."

Now, however, BPF found that the UK now recycles almost 380,000 tonnes of plastic bottles per year.

Details of government's plans to introduce the new legislation are set to be outlined this week.

Each year, Brits use approximately 14 billion plastic drinks bottles, five billion glass bottles and around nine billion cans, with many of these being treated as single-use products, the Sun reported. 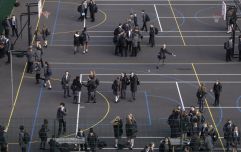 British children could get vaccines as soon as August

END_OF_DOCUMENT_TOKEN_TO_BE_REPLACED

Some plastic bottles end up littering natural landscapes, including beaches, and take approximately 450 years to decompose.

Micheal Gove first raised the idea of introducing a new deposit system to increase recycling rates in 2019, however significant changes are yet to be implemented.

The new legislation could reportedly be put in place ahead of the COP26 climate change summit in November this year.

Sam Chetan-Welsh, a Greenpeace campaigner, said: “Other countries have had successful systems operating for years."

“So if the UK government delays deposit return," he said, "it would raise serious questions about their claims of being a ‘world leader’ on plastic pollution.”

According to Greenpeace UK, the UK produces the second highest amount of plastic per person worldwide, however much of the plastic is not recycled.

The govt exports twice as much plastic as it recycles in the UK. Countries like Malaysia and Turkey are drowning in our plastic, and much of it just gets dumped or burned. This is causing serious health problems for communities who live near our waste.

popular
Incredible case of the only known individual whose parents were two different species
Cyclists may have to get number plates under radical shake-up of road laws
Darius Danesh opened up about his health struggles before his tragic death aged 41
TikTokers are utterly convinced there is a secret zombie apocalypse going on in China right now
Alec Baldwin: 'Everybody who was there knows exactly who’s to blame' for Halyna Hutchins' death
Darius Danesh pictured with Gerard Butler before his death
Pop Idol star Darius Danesh found dead aged 41
You may also like
Politics
Boris Johnson ridiculed for flying to Cornwall for climate change talks
News
Period of 'excess deaths' from second wave of Covid-19 has come to an end, ONS figures show
Music
Man jailed for faking his own kidnapping to get off work
News
Irish Taoiseach had 'Brits out' view of Troubles before Belfast trip changed his perspective
News
Holidays abroad illegal from Monday with £5k fines for rule breakers
Next Page