Dominic Raab's short notice trip to Brussels has failed to move the Brexit negotiations closer to a deal. 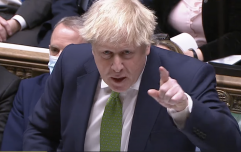 END_OF_DOCUMENT_TOKEN_TO_BE_REPLACED

Senior civil servants are urging government ministers to start implementing 'no deal' Brexit plans now after discussions between the EU and UK collapsed after an hour, The Times reports.

The warning comes because no matter the state of negotiations at the end of Theresa May's summit in Brussels this week, the latest the government can start implementing no deal contingency plans in time for Brexit day on March 29 2019 is the end of October.

Challenged a few of my fellow foreign ministers to navigate the Chevening maze in the rain...by comparison to which Brexit discussions seem more straightforward pic.twitter.com/J43lTDKUvb

Brexit secretary Dominic Raab paid the EU's chief negotiator Michel Barnier an unscheduled visit on Sunday amid speculation the two sides had come to an agreement, finding common ground on the Irish backstop.

That is not the case. Barnier said that "despite intense efforts" consensus had not been reached on a complex area of the discussion. He will debrief the remaining 27 EU member states and parliament on the state of negotiations.

"There is no possible good deal coming...we've now lost control."

These campaigners held a funeral for Brexit at Tory conference. #CPC18 pic.twitter.com/10Fyz8Wbil 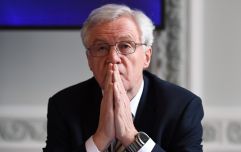 END_OF_DOCUMENT_TOKEN_TO_BE_REPLACED

Mr Barnier said: "Despite intense efforts, some key issues are still open, including the backstop to avoid a hard border."

A Downing Street spokesperson said: "In the last few days UK and EU negotiators have made real progress in a number of key areas. However there remain a number of unresolved issues relating to the backstop.

"The UK is still committed to making progress at the October European Council."

This weekend The Sunday Times reported nine cabinet ministers were dissatisfied with Theresa May's Brexit stance and want her to change course. Mrs May's critics believe the party could reach the threshold of 48 MPs necessary to initiate a no confidence vote in her leadership this week.

The party's chief whip who is responsible for preventing that from happening tweeted a picture of his phone off the hook last night.

popular
Robinho to begin prison sentence after rape conviction appeal is rejected
Man kept as slave in shed for 40 years on Wales caravan park
Barcelona willing to pay £45m for Brazilian 15-year-old
Marvel actor Gaspard Ulliel passes away aged 37 in ski accident
'My cat is so huge everyone thinks he's a dog - and he's still growing'
A definitive ranking of every swear word from worst to best
British Airways cancels flights to US after 5G concerns
You may also like
News
Piers Morgan sums up why 'Partygate' is so damaging in two minutes
News
Dominic Raab admits No 10 'party' before backtracking in car crash TV interview
News
Dominic Cummings: Boris Johnson lied to Parliament over partygate
News
Liar.co.uk is directing visitors to Boris Johnson’s Wikipedia page
News
Keir Starmer says he did nothing wrong after photo emerges of him drinking with staff in lockdown
Next Page