A woman has died after actor Alec Baldwin accidentally fired a prop gun on a film set for upcoming western Rust. 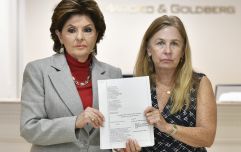 END_OF_DOCUMENT_TOKEN_TO_BE_REPLACED

The woman has been identified as Halyna Hutchins, the director of photography on the film production.

The man in hospital is Joel Souza, the film's director.

The Santa Fe sheriff's department said: "Santa Fe County Sheriff's deputies were dispatched to the Bonanza Creek Ranch movie set of the western 'Rust', October 21, 2021, when an 991 caller reported a shooting on the set.

The investigation remains open, and no charges have been filed at the time of writing.