Boris Johnson has broken House of Commons rules by failing to declare a financial interest on time, parliament's watchdog said.

The former foreign secretary and Tory leadership desperado was accused of having "an over-casual attitude towards obeying the rules of the house."

Johnson did not declare his 20 per cent share of a house in Somerset within the 28 day deadline and the Commons standards committee rejected his assertion he did not fully understand the rules.


A report published today reads: "We conclude with concern that these two investigations by the Commissioner in rapid succession demonstrate a pattern of behaviour by Mr Johnson. 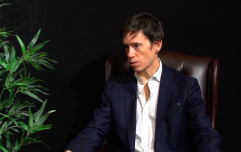 Rory Stewart on lessons from the 2019 general election

END_OF_DOCUMENT_TOKEN_TO_BE_REPLACED

"While there is no suggestion that he has at any time tried deliberately to conceal the extent of his interests, this latest breach reinforces the view which we expressed in our previous Report, that he has displayed 'an over-casual attitude towards obeying the rules of the House,' in conjunction with 'a lack of effective organisation within [his] office.'

"We find it particularly regrettable that Mr Johnson gave an assurance to the Commissioner that his registration of financial interests was up to date, and within a very short period it proved not to be.

"We acknowledge Mr Johnson’s repeated apologies for these breaches of the rules, most recently in his letter to us dated 1 April 2019.

"Should we conclude in future that Mr Johnson has committed any further breaches of the rules on registration, we will regard this as a matter which may call for more serious sanction."

You may also like
Politics
Labour leadership contest: Who is Lisa Nandy?
Music
KNEECAP answer the most annoying questions Irish people get asked
Politics
Building a post-Brexit business without the EU
Politics
Dawn Butler MP on her exasperation with racism
Politics
Brexiteers have won, what do they want now?
Next Page