Blackpool rollercoaster ‘breaks down near top forcing passengers to walk down’

They had to climb 200ft back down

Blackpool Pleasure Beach's world famous 'Big One' broke down on Sunday, forcing unlucky thrillseekers to climb back down from the ride. 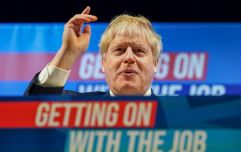 Boris actually compared Ukraine's fight for freedom to the Brexit vote - no, seriously

END_OF_DOCUMENT_TOKEN_TO_BE_REPLACED

The 213ft high ride ground to a halt because of a suspected mechanical failure. Staff at the park had to climb up the rollercoaster before helping the passengers back down. Photos of the rescue captured the 65m descent that they than had to make down a set of stair alongside the ride.

Well, that's a bit of drama for Pleasure Beach customers yesterday, getting stuck at the top of The Big One and having... 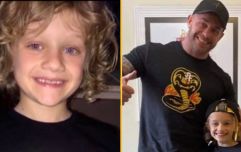 END_OF_DOCUMENT_TOKEN_TO_BE_REPLACED

One person wrote on social media: "OMG. Big One stopped right at top today 12ish and the staff had to walk every one down safely. Well done.

"Think I would have been really scared. Then it was sent round the track empty a few times then we walked home bit of excitement. All worked out ok."

Another commented: "My brother’s in Blackpool and just sent a video of people stuck at the top of the Big One and having to walk down to get off it.

"I’d be welded to my seat. They’d have to get me out with a crane."

A third person said: "Walking people down the Big One in Blackpool. At least they will get their steps done today."

Walking people down the Big One in Blackpool. At least they will get their steps done today pic.twitter.com/4ByZ36vS5y

Another added: "Can you Imagine if I was stuck on the big one, I think I'd be screaming."

The Pleasure Beach reopened on 12 April as the latest set of lockdown restrictions were lifted.

A spokesman for the Pleasure Beach said: "At 11.30am on Sunday 25th April a stoppage occurred on the Big One lift hill.

"The decision was taken to stop the ride and all riders were safely escorted down the lift hill. The ride was checked and re-opened at approximately 1.00pm."

popular
Amber Heard's lawyer becomes annoyed as Johnny Depp's team interrupts her testimony multiple times
Boris Johnson slams Jurgen Klopp for defending Liverpool fans booing national anthem
ITV's The Chase star opens up on divorce from ex-wife who is his cousin
Liverpool fans were right to boo the national anthem
Doctor Strange star jailed for eight years over child sex offences
Johnny Depp’s fans are all saying the same thing about his lawyer
The FootballJOE Pub Quiz: Week 37
You may also like
Sport
Blackpool's Jake Daniels publicly comes out as gay
Sport
Fulham-Blackpool suspended due to a medical incident in crowd
Life
Blackpool: Austerity by the sea
Politics
Ian Holloway has a long history of talking gibberish, and his Brexit gaffe is nothing different
Sport
Tony Adams' magnificent blue suit is the main talking point as Arsenal beat Blackpool
Next Page