Bars announce plans to open at 12:01am on Monday

Bringing a new meaning to the term 'nightcap'

Two bars in Newcastle have announced their plans to open a minute after midnight on Monday 12 April. 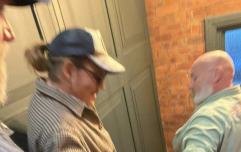 END_OF_DOCUMENT_TOKEN_TO_BE_REPLACED

Switch and The Bank are both inviting customers to come down and celebrate the reopening of hospitality venues on Monday by serving customers as the clock strikes midnight.

Pubs and restaurants have been shut across the country for months now, but as of 12 April they will be allowed to serve food and drinks outside. On the same day, non-essential retail shops, along with businesses such as gyms and hairdressers will also be allowed to open.

On Thursday, the two Newcastle bars both put out statuses on their Facebook pages saying that they will be opening at the earliest possible opportunity on Monday morning.

The posts both said: "As we are eager to welcome back everyone how would you feel if we opened at 0:01 until 3am Monday morning?

"Would you all come out and join us or wait until the afternoon opening?"

As we are eager to welcome back everyone how would you feel if we opened at 0:01 until 3am Monday morning?

Would you all come out and join us or wait until the afternoon opening? 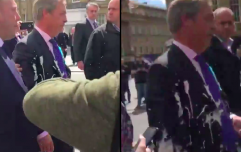 END_OF_DOCUMENT_TOKEN_TO_BE_REPLACED

Unsurprisingly the news has been very well-received, with the whole country seemingly counting down the hours to the pubs reopening. Both venues have since announced that bookings are filling up fast.

These two Newcastle bars, which are both well-known names in the city's gay scene, are not the only places that will be pouring the pints as the clock strikes 12 though. A whole host of bars and pubs across the country are expected to be serving extra keen customers, as the next stage of lockdown easing gets underway.