The accident happened near Lake Maggiore in Northern Italy.

Italian rescue services have said that at least twelve people have died after a cable car fell in northern Italy. 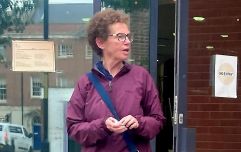 END_OF_DOCUMENT_TOKEN_TO_BE_REPLACED

Initial reports had suggested that eight had died in the accident. Alpine rescue officials have warned that the death toll may still rise.

Alpine rescue and air helicopter services responded to the incident. Italian media are reporting that two children have been taken to hospital by air ambulance.

Sky News reports that Enrico Giovannini, the  Italian Minister for Sustainable Infrastructure and Mobility has described the crash as a "terrible tragedy."

Italian emergency services have tweeted that they are attending the scene of the incident.

The car was reportedly carrying 11 people at the time of the accident.

It is not yet known what caused the cable car to fall, but local reports have suggested that car may have failed 300m from the top of the mountain.