Army could be brought in to combat knife crime, says Met Police chief

The army could form part of the police's push back against the problem of knife crime, according to Metropolitan Police commissioner Cressida Dick. 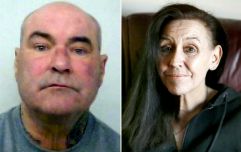 END_OF_DOCUMENT_TOKEN_TO_BE_REPLACED

Dick addressed the notion made by former defence secretary Michael Fallon amid the national crisis that has seen several teenagers being stabbed to death across the country.

“I think we all need to work together on this and if there are things that the military would offer for us then of course I would think about it, not to carry out policing functions but other supplementary functions.”

Prime minister Theresa May has dismissed the link between reductions in police numbers and a rise in knife crime, which the head of policing in London disagreed with. 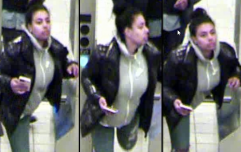 END_OF_DOCUMENT_TOKEN_TO_BE_REPLACED

"In the last few years, police officers numbers have gone down a lot," added Dick. "There's been a lot of cuts in other public services there's been more demand for policing, and therefore there must be something. And I have constantly said that.

"I agree that there is some link between violent crime on the streets, obviously, and police numbers. Of course there is. And I think everybody would see that.

"That's why I asked the year before last to get more money and to have more officers and was given a small amount. This last year I've been given more, so what I'm doing at the moment is recruiting."

popular
The longest walkable distance on Earth which no one is known to have completed
Brit on holiday beaten with a brick by gang before being thrown in the sea unconscious
Fears surging covid cases could ruin summer holidays with return of tests and rules
Dad who ran off with Ukrainian refugee says couple are doing 'brilliantly' - but he can't see his kids
Men with ‘very large penises’ wanted for new documentary
Teens are turning up to watch Minions in suits - and why cinemas have been forced to ban them
British schoolboy breaks internet after attending prom in sequined tuxedo ballgown
You may also like
News
Shocking CCTV captures teen being chased through streets before being murdered with 'Rambo knife'
News
'My son's last words were his killers' names...now they can be heard at last'
News
Passengers look on as schoolboys launch knife fight on top of bus in shocking footage
News
Driver who killed London knife attacker to face no charges
Sport
Sao Paulo supporter throws knife on pitch during U20's semi-final
Next Page