The players may not be available for their clubs until September 18 at the earliest.

END_OF_DOCUMENT_TOKEN_TO_BE_REPLACED

The quartet could face an extra 14 days of quarantine in Brazil if they are found to have broken the rules, before another 10 days of isolation on their return to the UK.

The four players have been accused of failing to declare on official documents that they had been in the UK in the last two weeks when they arrived in Sao Paulo before Argentina's World Cup qualification clash with Brazil.

The Mail reports that the players are alleged to have said on the documents that they had been in Argentina and Venezuela in the last 14 days - despite them all having either started or been on the bench for matches in the Premier League just last weekend.

Rules in Brazil state that anyone who has been in the UK during that time must quarantine for 14 days.

END_OF_DOCUMENT_TOKEN_TO_BE_REPLACED

If Villa's Martinez and Buendia and Spur's Lo Celso and Romero are found to have breached regulations, they would need to now complete this 14 day quarantine, before isolating for a further 10 days on their return to the UK.

This would mean they would not be available to play until September 18 at the earliest. They would therefore be ruled out of at least three Premier League games and the next round of League Cup fixtures.

However, Brazilian government sources have said that the players may just be made to pay a fine instead of having to complete the two weeks of quarantine. 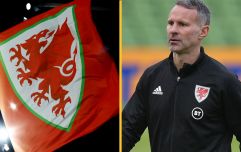 END_OF_DOCUMENT_TOKEN_TO_BE_REPLACED

A spokesman for Brazil’s health regulator Anvisa said: "These players arrived in Brazil on a flight from Caracas. The flight landed in Guarulhos (Sao Paulo).

"They declared that they had not been in any of the four countries which are restricted for the past 14 days. Anvisa was warned about supposedly false information given by these players.

"After that, Anvisa sent a notification to CIEVS (institution in charge of Covid-19 restrictions in the state of Sao Paulo). We have to clarify that false information given to Brazilian authorities might be infractions of health laws of the country and might be an infraction of our criminal law."

There has been confusion and controversy over South American players travelling to the continent to play the World Cup qualifiers.

The Premier League had initially said that players would not be allowed to travel to South America on international duty due to the high coronavirus rates on the continent. This has meant that Brazil have gone into the matches without the likes of Gabriel Jesus, Thiago Silva and Alisson.

But Aston Villa allowed Buendia and Martinez to travel and play for their country, on the guarantee that they would miss their final game against Bolivia. Meanwhile Lo Celso and Romero defied orders from Tottenham not to join up with the Argentina squad.

An understrength Brazil side is therefore taking on Argentina in the crucial qualifier. Brazil are now demanding that FIFA sanction the Premier League clubs that didn't release their players for the international matches.

The last time the two sides met was in the Copa America final this summer, which Argentina won.