Tutu was awarded the Nobel Peace Prize in 1984

South Africa's archbishop and anti-apartheid campaigner Desmond Tutu has died aged 90, according to the office of president Cyril Ramaphosa. 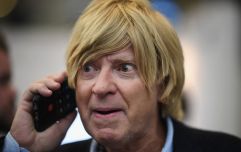 END_OF_DOCUMENT_TOKEN_TO_BE_REPLACED

As reported in multiple outlets, a statement released earlier today by Ramaphosa confirmed the news, adding that Tutu's passing marked "another chapter of bereavement in our nation's farewell to a generation of outstanding South Africans".

Tutu was an outspoken campaigner of South Africa's apartheid, the brutal system of oppression faced by the country's Black community.  In 1984, he was awarded the Nobel Peace Prize for his non-violence based work to end South Africa's white minority rule.

Back in the late 1990s, Tutu was diagnosed with prostate cancer which he had been battling for several years, resulting in various hospitalisations to treat infections linked to his diagnosis.

At the time of writing, no official cause of death has been announced.

President Ramaphosa's statement read: "The passing of Archbishop Emeritus Desmond Tutu is another chapter of bereavement in our nation's farewell to a generation of outstanding South Africans who have bequeathed us a liberated South Africa.

"From the pavements of resistance in South Africa to the pulpits of the world's great cathedrals and places of worship, and the prestigious setting of the Nobel Peace Prize ceremony, the Arch distinguished himself as a non-sectarian, inclusive champion of universal human rights."

Speaking on behalf of the Tutu family, Dr Ramphela Mamphele, acting chairperson of the Archbishop Desmond Tutu IP Trust and coordinator of the Office of the Archbishop, said: "Ultimately, at the age of 90, he died peacefully at the Oasis Frail Care Centre in Cape Town this morning."

END_OF_DOCUMENT_TOKEN_TO_BE_REPLACED

Dr Mamphele's statement continued to say that Tutu "wanted the world to know that he had prostate cancer, and that the sooner it is detected the better the chance of managing it." He also described the archbishop as someone who "turned his own misfortune into a teaching opportunity to raise awareness and reduce the suffering of others."