Tech giants Apple have been ordered to pay £85 million after admitting to slowing down old iPhones.

END_OF_DOCUMENT_TOKEN_TO_BE_REPLACED

This new fine was announced on Wednesday morning in Arizona, the culmination of a lawsuit brought by more than 30 US states.

A class action lawsuit brought forward in California had already led to Apple being fined $500 million (£378 million) with regards to the alleged slowing down of iPhones.

It is alleged that old phones were slowed down to try and extend battery life.

Apple agreed to the hefty fine after accepting a 2017 software update slowed the performance of older iPhone models.

However, Apple defended such a move, claiming that slowing down the phones actually helped to prevent them from shutting down completely. They say the latter would have occurred if the iPhones hadn't slowed down, due to the batteries deteriorating.

Apple have already been ordered to pay $500 million by a court in California. (Photo: iStock)
Advertisement

Those who brought the lawsuit to the courts disagreed, claiming that Apple deliberately slowed down iPhones to encourage upgrades and the sale of newer models. 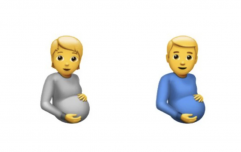 END_OF_DOCUMENT_TOKEN_TO_BE_REPLACED

Apple eventually accepted the settlement and agreed to replace old batteries at a heavily-discounted price.

They also apologised for slowing down old iPhones.

The settlement may sound enormous, but it's worth bearing in mind that Apple boasts an annual revenue of $275 billion - or £208 billion pounds.

This isn't the first time the company has been brought to task over alleged iPhone slowing.

In February of this year, a French court fined the tech giant $27 million - £20.5 million. Apple were hit with the fine in relation to "deceptive commercial practices by omission".

The French court also stated that the company should have informed iPhone users that their models were being slowed down through a new software update.

popular
The JOE Friday Pub Quiz: Week 296
Japanese man spends £12,480 to look like a border collie - and it kind of works
Ricky Gervais finally says what we're all thinking about the Johnny Depp Amber Heard case
Rio Ferdinand and John Terry in Twitter war after controversial 'top 5' pick
Husband of teacher killed in Texas school shooting dies after suffering heart attack
Amber Heard's lawyers will not call Johnny Depp back to the stand amid suggestions he is 'uncontrollable as a witness'
Kourtney Kardashian told to drink Travis Barker's sperm by doctor
You may also like
Uncategorized
iPhone lost for 10 years pulled from toilet after woman hears strange noise
Life
This genius trick will boost your iPhone battery life
Tech
Woman shares iPhone feature that lets you listen to conversations from 15 metres away
Tech
WhatsApp to be blocked on millions of phones from today
News
Woman 'has proof' extra iPhone cameras are fake
Next Page