Is America's hegemony in the Middle East coming to an end?

The eyes of the world are currently on Tehran

After the assassination of Iranian general Qasem Soleimani by an American drone strike in Iraq, already fraught tensions between the Islamic Republic and the United States went into overdrive. 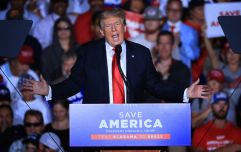 END_OF_DOCUMENT_TOKEN_TO_BE_REPLACED

Millions of people lined the streets for Soleimani's funeral, and Iran's head of state, Ayatollah Ali Khamenei vowed retribution against the Americans.

That revenge came in the form of a missile strike this week on American bases in Iraq, resulting in the deaths of Iraqi forces but no American casualties.

In the meantime, Donald Trump has announced fresh sanctions on the country, while political commentators expect a deescalation, for the time being at least.

But what does all of this mean in the long term for the state of play in the Middle East? The United States has been a major player in the region since helping to organise a coup d'état in 1953, which deposed the democratically elected prime minister, Mohammad Mosaddegh, and backing the strengthening of monarchical rule in the country.

Since then, the US has manoeuvred and pulled strings in the region in a bid to ensure it maintained its influence, but could that influence be set to wane?

We spoke to veteran journalist Peter Oborne, who is in Tehran currently. In his opinion, the US extraordinary decision to assassinate a foreign government official in a third country will likely see their hegemony in the region come to an end.