Aliens 'tampered with nukes' and could spark WW3, warns US Air Force officer

A former head-honcho at the US Air Force claimed that aliens were very close to instigating World War Three after apparently witnessing them tampering with nuclear weapons systems. 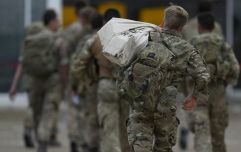 END_OF_DOCUMENT_TOKEN_TO_BE_REPLACED

Former American Air Force bosses are set to go on the record about their experiences with aliens - sorry Demi Lovato, we mean extraterrestrials.

They claim these encounters go back decades and that the little green men came close to starting the next World War, reports the Daily Star.

According to the story, top officials claim that off-world spacecrafts disabled weapons systems at nuclear bases and even started the launch sequence of missiles before later turning them off. Phew.

On March 24, 1967, former Air Force officer, Robert Salas, was the on-duty commander of an underground launch control facility at the Malmstrom Air Force Base in Montana.

Salas and three other former military brass intend to release declassified documents to the world via a press conference they have raised $10,000 to hold. The press conference is set for October 19.

With the big day approaching, could the world be about to finally get some answers about life outside of our atmosphere - or are the men's tinfoil hats slipping? 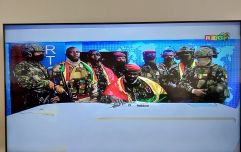 END_OF_DOCUMENT_TOKEN_TO_BE_REPLACED

It's a good day to be an alien PR guru because in other news Demi Lovato has shared their opinions on the term alien.

"I think that we have to stop calling them aliens because aliens is a derogatory term for anything," Lovato said.

They added: "That's why I like to call them ETs!"