Mothers hand their Babies to freedom

Heartbreaking images of Afghan mothers handing their babies to British soldiers have surfaced on social media. In a desperate attempt to save their children, mothers handed their kids over barbed wire fences for paratroopers to take to safety.

📹| #Afghans giving up their babies to save them

▪️Afghans at the gates of #Kabul airport were seen passing their kids and babies through the fences towards unknown places to escape #Afghanistan. pic.twitter.com/mpHBgC7fzn 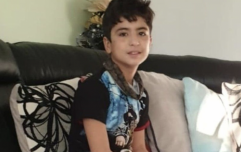 END_OF_DOCUMENT_TOKEN_TO_BE_REPLACED

Hamid Karzai International has seen chaotic scenes arise with hordes of people attempting to flee the alleged persecution of the Taliban forces. The Baron Hotel, which has become a focal point for Afghan escape is currently guarded by Parachute Regiment troops.

One paratrooper told The Independent: "The mothers were desperate, they were getting beaten by the Taliban.

"They shouted, “save my baby” and threw the babies at us," they said.

They continued: "Some of the babies fell on the barbed wire. It was awful what happened.

"By the end of the night there wasn’t one man among us who was not crying." 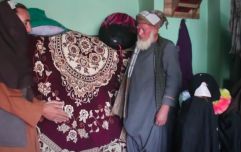 END_OF_DOCUMENT_TOKEN_TO_BE_REPLACED

He said: "It was terrible, women were throwing their babies over the razor wire, asking the soldiers to take them, some got caught in the wire.

"I’m worried for my men, I’m counselling some, everyone cried last night."

While mothers desperately try to hand their babies to freedom, the Taliban are reportedly taking note of their numerous acquisitions following their takeover of Kabul.