UPDATE: Since publication of this article, Rae's page is back up and running

Social media star Addison Rae, who had amassed over 82 million followers on TikTok, has been banned from the app due to "multiple violations of community guidelines".

Well time to get a job pic.twitter.com/BJ4xDyFfko

The 21-year-old is the third biggest star on TikTok behind Charli D'Amelio and Khaby Lame. 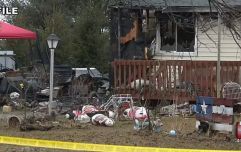 END_OF_DOCUMENT_TOKEN_TO_BE_REPLACED

Rae - full name Addison Rae Easterling - shared the news on Twitter alongside a screenshot of the reasoning provided by the platform.

"Time to get a job," read the caption, with the image itself reading that due to "multiple violations" of the platform's 'Community Guidelines', she was permanently banned.

The post has quickly gone viral, with one person writing: "McDonald's is hiring." 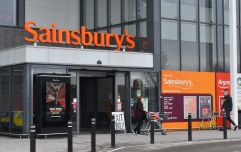 END_OF_DOCUMENT_TOKEN_TO_BE_REPLACED

Rae recently starred in an adaption of the 90's classic She's all that, where the roles were reversed and it was the man who got the makeover. Though the original is widely considered as a cult classic, the remake genuinely named 'He's all that' was not well received.

The film currently has a Rotten Tomatoes score of 31 per cent, with one review reading: "This is why you don't cast influencers in films."

Vox's Rebecca Jennings slammed Rae and her fellow 'Straight' TikTok stars, describing them as "pretty people filming themselves being pretty."

"On straight TikTok, you can be an okay dancer with an expressive face, and one year later, you get a beauty brand, a publicist-concocted friendship with a Kardashian, and the starring role in the gender-swapped Netflix adaptation of She's All That," she wrote.