Denmark is officially the happiest country on earth. Here's how the UK can catch up

How happy are you, JOE-reading British man? Because if you want to be really happy you ought to think about flinging a few CVs in the direction of Denmark.

That's because the Scandinavian country has been voted the happiest place on the planet in the UN's 2016 World Happiness Report. 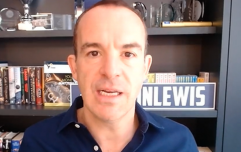 END_OF_DOCUMENT_TOKEN_TO_BE_REPLACED

Denmark knocks Switzerland off the top spot, but only into a not-to-be-sniffed-at second place. Iceland, Norway, and Finland make up the rest of the top five, which goes to show the idea that a country needs good weather to be happy is a load of rubbish. 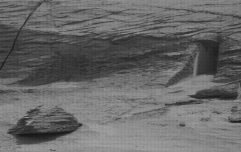 END_OF_DOCUMENT_TOKEN_TO_BE_REPLACED

The annual report is compiled by data collected from phone and face-to-face interviews in 160 countries. It considers a huge range of factors such as life expectancy, GDP, social support, education, employment, and general personal well-being.

We've had a good look at the table and decided we aren't happy with the UK's position. Basically, we're unhappy that we aren't happier. So, with absolutely zero consideration of budget or practicality, here are five ways JOE thinks Britain could turn that frown upside down.

END_OF_DOCUMENT_TOKEN_TO_BE_REPLACED

There is possibly no more happiness-generating phrase in the English language than "fancy a beer, mate?" Even the people that secretly hate beer will eventually be conditioned to associate that invitation with smiles, camaraderie, and irrepressible banter. But here's the problem: beer costs too much.

Sure, loads of pubs and bars do offer happy hours, but they need to realise that Britain is 10 countries less happy than America (and they have to deal with Fox News and Donald Trump every day!) Make every pint £1 cheaper nationwide and this country will be happier for it. Guaranteed.

People in The Netherlands love to cycle (among other calming leisurely activities), and guess what? They're the 7th happiest nation on earth - pretty damn happy by all accounts. Britain has made positive steps forward in this area, but many cyclists still have to navigate a horn-scattered warzone on their daily commute, or risk dealing with someone like this maniac.

This means that the masses still opt for crushing themselves into an Underground train or waiting 45 minutes for a bus that wouldn't embarrass a slug in a race. Pretty much every happy montage has a jolly bike ride in it, and for good reason.

3. Every office should have a resident dog

More often than not, an argument for how you can make a country happier requires further explanation. But because this one involves dogs, it is categorically not one of them.

Roy's boys probably read JOE every day, morning and night, so it's important that they understand their role in catapulting us up the Happiness Report's table. Nothing unites a country like footballing success. At least, that's what low-def YouTube footage from 1966 tells us.

All of the countries from our little island and beyond are perennially naff at football on the international stage, but this summer England, Wales, and Northern Ireland will have the opportunity to cover their flags in glory at Euro 2016.

The Republic of Ireland are also competing, but the fact they sit 19th in the table of eternal happiness means their need is decidedly less great. Success in the Euros would make us so happy that the appearance of a vuvuzela wouldn't be unbearable for at least 15 minutes.

The legendary Friday feeling is an emotion that is difficult to quantify, but when it hits you, it hits you. The only problem with euphoric Fridays is that most people still spend eight hours of them behind a desk.

We think every weekend should be three days long. It would mean that you're still working for more than half of the week, but with a much greater reward at end. You could feasibly have two hangover days, and still have one spare to go to the gardening centre, or whatever it is that functioning human beings do.

Sweden is a country with an experimental approach to its working routine - it introduced a six-hour working day this year - and it's among the top 10 happiest countries in the world. The future of national happiness is more time in front of the TV, on the beach, and in the pub. Observe this, parliamentary lawmakers, and let the good times roll.

popular
Amber Heard 'fought really hard' to appear in 'Aquaman 2' despite pared down role
NASA picture of Mars 'doorway' sparking bizarre conspiracy theories
Boris Johnson slams Jurgen Klopp for defending Liverpool fans booing national anthem
Pep Guardiola reveals what he said to Mark Noble during touching embrace
Liverpool fans were right to boo the national anthem
Amber Heard's lawyer becomes annoyed as Johnny Depp's team interrupts her testimony multiple times
ITV's The Chase star opens up on divorce from ex-wife who is his cousin
You may also like
Entertainment
Pirates of the Caribbean creators are not ruling out Johnny Depp's comeback despite trial
Life
Scientists reveal the reason why it feels like time goes faster as you age
Life
Parents are suing their son and daughter-in-law for $650,000 for not having children
Entertainment
The JOE Friday Pub Quiz: Week 294
Life
Chaos as social media star nearly burns kitchen down during online marathon
Next Page