"No mother or father should have to go through this"

A 38-year-old man has been arrested on suspicion of the murder of Sabina Nessa. 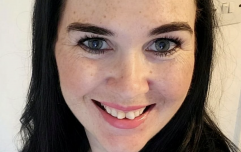 END_OF_DOCUMENT_TOKEN_TO_BE_REPLACED

Metropolitan Police confirmed a man was arrested in Lewisham and is currently being held in custody.

Police released CCTV images of a man who was spotted on the night of the murder.

"Our team have been working tirelessly to find the person responsible for Sabina’s murder and this has included an extensive trawl of CCTV, work which remains ongoing," said Detective Chief Inspector Neil John.

He added: "We would ask anyone – especially those in Kidbrooke and the wider area of Lewisham and Greenwich – to take a careful look at these images to check whether you know who this man is or have seen him over recent days."

Someone posted this on Instagram. It’s a portrait of Sabina Nessa by one of her Year 1 pupils. I hope the world they grow up in is safer than this one is for women. We must make it so #SayHerName #SabinaNessa pic.twitter.com/1Jv6h90lCw

It is believed Nessa was walking to the pub to meet friends when she was killed on the evening of September 17th.

END_OF_DOCUMENT_TOKEN_TO_BE_REPLACED

On Thursday, the Metropolitan Police said her journey should have only taken five minutes, but she never arrived at the pub.

Her body was discovered near the OneSpace community centre at Kidbrooke Park Road on Saturday, September 18th.

Her family has been paying tribute to the teacher following the discovery of her body.

Her sister penned a moving tribute to her on Twitter earlier this week.

"My beautiful talented & caring sister. my inspiration to always put myself first & never let anybody put me down," she wrote.

"Never in my life did I or my sisters or my mum or dad think this could happen to us. May Allah grant her Jannah Ameen."

"3 sisters down to 2, pls make dua for her. no mother or father should have to go through this, may Allah grant my parents ease."

popular
Tourists left 'squealing' as thousands of venomous crabs invade UK beach
Asda slammed for 'embarrassing poorer families' with new product redesign
Boris and Carrie put south London home on the market for £1,600,000
Delivery of new Leeds United shirts delayed after shipping containers were plunged into the sea
Runner finishes last in 400m race as penis keeps falling out of shorts
Massive piece of Elon Musk's spacecraft lands on farmer's property and could make him very rich
Inbetweeners star Joe Thomas has been in a relationship with his co-star for over 10 years
You may also like
Entertainment
Police hunt Bradley Cooper lookalike after he steals from Home Depot
Life
Shoplifter arrested 101 times - and let go almost every time
News
Blood-soaked man says 'killing people isn't always a bad thing' during arrest
Life
Rebekah Vardy calls Wayne Rooney out for looking ‘like a potato’ in court sketches
News
Alex Jones accused of committing perjury twice as his laywers 'accidentally' reveal two years worth of texts
Next Page