Tragedy has struck in Uganda, with as many as 30 football players and supporters thought to have died after their boat capsized on Lake Albert, on the border with the Democratic Republic of Congo.

According to local publication the Daily Monitor, nine were confirmed dead and a further 21 reported missing, with police commander John Rutagira telling the paper that the boat had been overloaded. 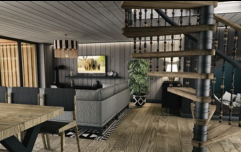 END_OF_DOCUMENT_TOKEN_TO_BE_REPLACED

News agency Agence France Press reports that local police have confirmed 30 people have drowned, while local reports indicate that 15 passengers have been rescued following the incident.

Those on board were thought to be travelling to a friendly football match as part of a series of Christmas Day festivities in the African country.

It is unclear at this stage how many of the victims were members of the football team due to take part in the fixture.

This is not the first such accident on Lake Albert, with Ugandan media making reference to six previous tragedies from this century.

One of these saw 70 people lose their lives when a passenger boat sank in 2010, while 45 people died in February 2004 when their boat capsized on the lake.

This is a developing story and we will attempt to provide more information as and when it comes to light.

popular
ITV News' intro to Downing Street Christmas party clip is absolutely brutal
Majority of people think Boris Johnson should resign, according to new poll
The FootballJOE Pub Quiz: Week 17
Electrician jailed after castrating several men at their request in Germany
Robbie Savage 'started to tear up' as son Charlie is named on Man Utd bench
Met police to review leaked video of Downing Street aides joking about Christmas party
Boris Johnson apologises for a party he says didn't happen
You may also like
Environment
Prince William, father of three, worries about African population growth
Life
African pastor dies while trying to recreate Jesus' resurrection
Politics
Jamaica set to demand reparations from Queen for Britain's role in slavery
News
The Ever Given is finally floating again in the Suez Canal
Life
'Africa' by Toto to play on a loop forever in art installation in Namibian desert
Next Page