Oh, this? Just some guy covering System of a Down's Chop Suey in 20 musical styles

If you were a teenager in the early 2000s, chances are System of a Down were a big part of your life.

The Armenian-American band released their breakthrough album 'Toxicity' in 2001, after a few years on the fringes of the mainstream, and the lead single on that album was 'Chop Suey!'. 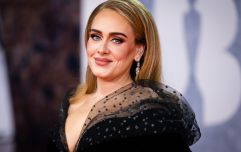 END_OF_DOCUMENT_TOKEN_TO_BE_REPLACED

It's one of those era-defining classics that you'll pretend to only remember vaguely, but when it comes on at a club or a house party you'll soon realise that you remember every single word by heart.

We know you've screamed that 'father...father...FATHER...FAAAAAATHER' bridge on more than one occasion, at the very least.

Anthony Vincent certainly knows the words, but he can go one better than that.

Vincent, the genius behind the 'Ten Second Songs' account on YouTube, has covered Chop Suey! in not one, not two, but 20 different musical styles. 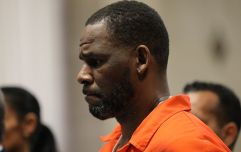 END_OF_DOCUMENT_TOKEN_TO_BE_REPLACED

He absolutely nails most (if not all) of them, too, producing mini-renditions you didn't even know you wanted or needed to hear. And yes, that includes a Three Tenors-style effort and one which channels the Rat Pack.

We don't want to spoil it for you, but it's worth waiting for the last two styles.