The Swedish DJ and producer was found dead in Oman on Friday.

Tributes have continued to pour in for Avicii since his tragic passing at the age of 28 last weekend.

The likes of Calvin Harris, Dua Lipa and Deadmau5 were among those quick to pay their respects in the music world, while fans gathered in Stockholm on Saturday for a massive celebration of his life and music.

On Monday, the family of Avicii - real name Tim Bergling - released an official statement to Billboard, thanking those who took the time to remember the late musician.


"We would like to thank you for the support and the loving words about our son and brother," the statement begins. 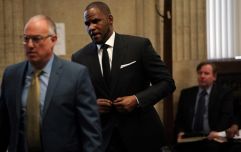 END_OF_DOCUMENT_TOKEN_TO_BE_REPLACED

"We are so grateful for everyone who loved Tim’s music and have precious memories of his songs. Thank you for all the initiatives taken to honour Tim, with public gatherings, church bells ringing out his music, tributes at Coachella and moments of silence around the world.

"We are grateful for the privacy during this difficult time. Our wish is that it continues that way. With love, The Tim Bergling Family."

No official cause of death has been revealed, though police officials in Oman have confirmed that there is "no criminal suspicion" after two separate autopsies were carried out.