It could be months, it could be years, but one thing's (almost) certain – we will be leaving the EU.

With the Leave campaign winning the referendum by a narrow margin of 52% to Remain's 48%, there is clearly going to be division and anger in the UK over the coming months.

END_OF_DOCUMENT_TOKEN_TO_BE_REPLACED

But, whatever your viewpoint, it's happened, and the 48% who voted in favour of remaining in the EU must come to terms with the fact that we'll be leaving.

We decided to ask voters who backed Leave what was the one, main motivating factor in their decision – to hopefully provide insight to those who wanted to stay. 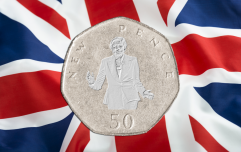 END_OF_DOCUMENT_TOKEN_TO_BE_REPLACED

"I voted leave because we've lost our shipyards, coalfields, fisheries, steelworks due to European red tape and cheaper foreign sources. I personally believe if we weren't in the EU this wouldn't have happened, and our health and welfare needs to reflect the growing population and not be beleaguered by more European restrictions and red tape. Now we can rebuild our infrastructure to accommodate all the services and industries that made Britain stand head and shoulders above everyone else."

"I voted to leave because I felt the EU rulers were too unaccountable. I know there were some good things in the EU as well as bad so while swaying towards Leave I had doubts but when Remain camp started abusing Leavers as racists, bigots and comparing Leave to '30's Germany and Nazis I thought if that is the standard of the remain campaign they can stuff it."

"I asked my self: If we weren't already in the EU and the vote was [on whether we wanted to] join, would I want to join? The answer was no so I voted to leave." 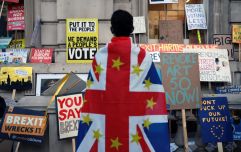 END_OF_DOCUMENT_TOKEN_TO_BE_REPLACED

"I'm 21 years old, going against the 'groove' here, apparently. I listened to David Cameron say numerous times: "Of course Britain can survive outside of the EU, it's not a question of that, it's whether it can thrive".

"Firstly, with the country already down on its knees, we are evidently not thriving as part of the EU, are we?

"Secondly, he's literally said himself we can survive, and, in my opinion, that's all we are doing at the minute.

"So, all in all, it's worth that risk to at least attempt to thrive and make a difference for our future."

"I voted leave, not for my future (I'm 45), but for my son's future (he's 15). This country has been brought to its knees by various governments in the past and being part of the EU hasn't helped either (in my opinion). So, if this once great nation of ours is fucked, shouldn't it be us who fuck it up? And not some European big wig sat in his/her ivory tower in Brussels?"

"I voted out because I believe that if you're unhappy at any aspect of life in Britain at the minute, be that work and pay, immigration, the weather, then you have to vote out because that's the only way things can change! If we stayed in nothing would change so we had to take a leap of faith!"

I want to do trade deals with growing economies which will be the centres of global political/economic power in the next century (e.g. China, the Commonwealth) rather than being shackled to a group of economically limp countries. And I want to do those trade deals on the terms best for Britain, not on terms that are a compromise between 28 very different nations.

"I voted out! Reason is this country is a strong economy we [were] the 5th biggest in the world. Plus on the upside we take control of our own problems before anyone else's. We are great Britain we can do anything. Let's take our rights back, what we believe in.

"Also we need to control immigration that's a must. That's my opinion. All in all I'm am very happy with this outcome."

"I voted out, the main reason for tipping me that way was seeing all the benefits that Switzerland have enjoyed by staying out of the EU... Admittedly tough few years ahead but for our children and future generations can only be beneficial."

"It's all down to accountability really, I want to have a say in how our country is governed rather than living under a dictatorship. To be honest, with the hatred coming from those who wanted to remain, I'm glad I voted to leave, it shows the mentality of the people who wanted us to be part of a damaged elitist community."

"I'd like to tell you that I voted leave because of corrupt Eurocrats, ridiculous rules and regulations on trade or maybe even immigration... But really, I voted leave for the banter."