Which is the best way to commute - Underground Tube or fish tube?

The hottest talking point of the moment is a fish tube video that went viral earlier this week. If you're not already part of the party, now is your opportunity to join.

This system helps native fish pass over dams in seconds rather than day pic.twitter.com/aAmhHArjPg

Why is this so enchanting? It's hypnotic, it's progressive, it's wholesome, it's exciting, it is essentially just an informative video that is unintentionally very funny.

What is a fish tube, also known as a 'Salmon Cannon'? Very simply, it is a big tube that flushes fish through to get across dams, cutting the length of their commute by an entire day. This frees up their time to do other important things such as trying to find Nemo, reclaim the lost city of Atlantis and not a lot else.

Naturally, we must now try to work out which is the better mode of transportation: The Fish Tube or The Actual Tube.

There can be only one winner. 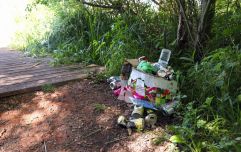 The group set up to clean up litter after idiots

END_OF_DOCUMENT_TOKEN_TO_BE_REPLACED

When your train arrives, if you're not a moron, you'll step aside and allow commuters to disembark so that there is ample space for you and your fellow passengers to fit on. Generally, you'll take a confident step up onto the train itself, then efficiently make your way through the carriage in search of a seat or suitable area to stand. If the train is particularly crowded, you're going to have to squeeze yourself in as best you can, removing any backpacks, samurai swords or other protruding items so as to minimise your surface area and allow everyone to fit on.

With the fish tube, you're given a personal assistant to facilitate your embarking procedure. A man or woman will pick you up with their bare hands, then slide your slippery self into the tube. Is there a danger that you might struggle to fit? Yes, but the staff give off a vibe that suggests that they wouldn't body shame you. Instead, they would presumably lubricate your sides and stuff you in with the aid of a plunger handle or very long stick. Regardless, you're getting hands-on assistance from the staff and the bottom line is that sometimes it's just nice to be touched.

Result: Fish Tube 1 - 0 Tube. There is no greater comfort than consensual human touch.

Round 2: Comfort of Journey 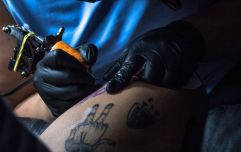 The questions you've always wanted to ask a tattoo artist

END_OF_DOCUMENT_TOKEN_TO_BE_REPLACED

Depending on the time of day and the particular line you're using, a journey on the Tube can be a paradise or nightmare. The ideal scenario is a relatively empty carriage pulling up to your designated waiting spot, then you stroll onto the train and find yourself overcome with seating options, all with ample space on either side meaning you won't have to converse or even look at another human being. But this is rarely the case, so you're likely to be standing for most of the journey, or at the very least, sitting beside someone whose legs are resting in your personal space. There might be a guide dog nearby, but you'll audibly groan as you remember that you're not allowed to touch the dog while it's working.

The fish tube is very small, therefore unadvisable for claustrophobic clientele as you're unlikely to have more than a couple of centimetres of wiggle room on either side of your body as you whizz through the air. But here's where it becomes an introvert's delight. You see, the fish tube transports 40 fish per minute, but with ample spacing between them to prevent a traffic jam situation from occurring. So when you're on the 7.45am fish tube into work, it's highly unlikely that you're going to have to make small talk with anyone else, meaning you can focus on your mindfulness podcast and constructing a fire tweet about tubes.

Result: Fish Tube 2 - 0 Tube. People are scum, the less of them the better.

Although the Tube doesn't run on a strict timetable, trains are impressively frequent for the world's oldest underground system. On a typical day, you're unlikely to be waiting for long, unless major delays occur, but you've still got options to switch to different Tubes and figure out an alternative route to get to your destination. The average speed of the Underground is just 20.5mph, but 40mph outside Central London in suburban and countryside areas. It's also important to remember that if you close your eyes really tight, you can pretend it's going even faster because your imagination is your passport to true inner peace :)


There are just 20 fish tubes across Northern Europe and North America, but 270 Tube stations in London. The 'Salmon Cannon' is pressurised, propelling the fish forward through a frictionless tube at a speed of 25 feet per second. That works out at 17mph, which is 3.5mph slower than the Underground. Add to that, the fact that fish tubes are rare to come by, meaning fishy commuters have quite a journey on their hands to locate one, mixed with poor phone signal at sea and a lack of charging facilities to power up their devices for mapping capabilities. Also, fish are notoriously forgetful and easily distracted. If they stop to get coffee along the way, they could miss their slot in the tube and be forced to cancel their journey altogether.

The London Underground unfortunately costs money. Depending on the zones you're traveling to, you could pay up to £6 if you're using cash, or £5.10 with contactless, or a minimum of £4.90 with cash and £2.40 on contactless. There are other methods available such as a Travelcard or simply sneaking onto the Tube in the suitcase of a tourist, quietly disembarking at the end of the journey while they're distracted by a Pret, but that's up to the individual. For upstanding citizens, the bottom line is that you have to pay to use the Tube and it's not particularly cheap, nor is the mandatory pastry you must purchase along the way for sustenance.

The fish tube is free. You can ride that flexible pressurised tube as many times as you like and still not incur a fee at the end. For the grand price of absolutely nothing, you get manhandled by a professional and reach your final destination in record time. Who's paying for the pleasure? Probably the fisheries industry, but that's not my problem. A gratuity can be left at the fish's discretion, but it isn't compulsory. Should you find that the service was particularly satisfactory on any given day, a contribution can be made to the fish tube simply by depositing your cash inside the fish handler's pocket while they're looking the other way, or if you're short on cash, some trinkets.

Result: Fish Tube 3 - 1 Tube. Nothing in this world is better than something you get for free.

The London Underground is truly what you make of it, but for the most part, it's a soulless place. Everyone keeps to themselves, staring deep into their phones or dangerously catching some shut eye before their stop. The lighting is industrial, the seats are the minimum amount of comfortable that they legally have to be and depending on the level of the sociopathy among the commuters, it is probably going to smell like fish. But you're in charge of your own destiny. The Tube is what you make of it. Bring some fairy lights, a scented candle and scattering of rose petals to turn that metal cylinder into a home.

The fish tube doesn't leave a lot of room for vibes. It's just a white tube that you travel through at such velocity, you're unlikely to get sufficient time to soak up the ambiance or any other big moods that are likely to be floating about. There's a huge possibility that the commuter fish who went before you may have left behind a turd or various other bodily fluids, but that's all part of the experience. There's room for the manufacturer to add lighting strips to the tube like on water slides, but that seems to be low down on their list of priorities right now. It's a good mechanism, but overall lacks any character.

Round 6: Sense of Community

If you're on the Tube alone, you are truly on the Tube alone. Nobody wants to talk to you, nor should they. We're all out here in the real world, going about our business as best we can, trying to fend off the threat of our impending mortality. In a way, there's a sense of community in the universal desire to not have a sense of community on the Tube. You only notice it when someone starts clipping their toenails and everyone in the vicinity shares a troubled look with each other. But circumstances like that are thankfully few and far between. The Tube is a place where you find comfort with being by yourself, feeling proud of your independence and ability to apply the correct amount of anti-perspirant in the summer, unlike everyone else.

But the fish tube is a whale of a time from start to finish. You, as a fish, get to spend time with the handlers, chatting about sports, politics or whatever your heart desires. There's a real sense of community, with everyone banding together to get across the dam in record time. You cannot enter the tube without physical assistance, which in itself is the true spirit of tube travel. Although the short journey is a lonely endeavour, you're instantly greeted by another team of fish transport specialists upon arrival at the other side. They'll release you back into the fishy wilderness, where you can rejoin your friends and continue your journey together as an impenetrable squad of efficient commuters.

The fish tube is better than the London Underground. Both need an Oyster Card, but for very different reasons. Case dismissed.


popular
The JOE Friday Pub Quiz: Week 197
The definitive ranking all 151 original Pokémon from worst to best
A definitive ranking of every swear word from worst to best
Here's how to see who's been taking screenshots of your Instagram Stories
This is how much time most men need after orgasm before they're ready for another round
Who is the most handsome footballer in the Premier League?
The JOE Friday Pub Quiz: Week 195