'It doesn't feel strange at all... Nothing surprises me anymore, it's just normal for me now'

A former university student who dropped out of her course to pursue a career on OnlyFans says she is now "set for life" after making more than £2m on the app. However, it's the very particular type of content that she shares that has garnered so much intrigue.

END_OF_DOCUMENT_TOKEN_TO_BE_REPLACED

Kaya Corbridge, now 25, joined the app back in 2017 and after realising how large a regular source of income it could be, decided to drop out of her international relations degree at Leeds Beckett University and try the subscription-based service full-time.

Now, she makes her millions by "pouring beans" on herself and pretending to be a giant. 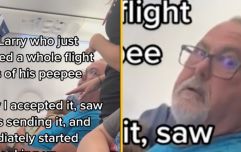 END_OF_DOCUMENT_TOKEN_TO_BE_REPLACED

Corbridge went on to reveal even more unique and very specific requests: "I've had people asking me to shave my hair off, I've had invites to people's weddings which is a bit strange. These people have never met me." Nevertheless, in the period between March 2020 and March 2021, she earned a whopping £635,147 from a little over 18,000 subscribers. She now has over 100,000.

While the Lancashire-born content creator has faced criticism from some commenters online, others are praising her ability to make such a good living; one account commented, "Keep thriving and doing your thing".

After the story was shared by the Liverpool Echo, Canadian comedian Katherine Ryan retweeted the outlet's story in support of the budding millionaire, adding the caption "My hero".

END_OF_DOCUMENT_TOKEN_TO_BE_REPLACED

Sitting in the top "0.06 creators" on OnlyFans, enjoying a sizeable amount of followers on both Instagram and Twitter, as well having started a TikTok, the former uni student says she makes "tens of thousands" even on a "bad month".

While she has, of course, already made millions from her paying subscribers - earning as much as £83k in one month - she revealed that she has provided content for free to "give back" to people such as health workers during the pandemic, as well as disabled people.

popular
Jordan Peterson suspended from Twitter over Elliot Page comment - says he won't apologise
Brits to bake through four-week scorcher with highs of up to 35C predicted
Nick Kyrgios tells reporter 'I do what I want' after defying Wimbledon dress code
Premier League player arrested on suspicion of rape
Wildlife trophy hunter who killed lions and elephants gunned down in 'execution-style' murder next to car
Swiss football fan slept rough in Milan for 10 years after getting lost at San Siro
Moment fighter jet appears at the wing of easyJet flight after teen passenger ‘made bomb threat’
You may also like
Life
Wife 'learns that her husband of ten months is actually a woman - despite being 'intimate'
Life
Moaning is not part of the female orgasm which is 'poorly understood', experts say
Health
Microscopic mites have been having sex on your face at night since you were born
News
Pope Francis tells couples not to have sex before marriage for the sake of 'true love'
Life
World Cup fans could be jailed for seven years if they have a one night stand in Qatar
Next Page