The 29-year-old collapsed while celebrating the winning goal in England's victory over Germany. Heartbreaking stuff.

An England fan tragically died in the pub while celebrating Harry Kane's goal against Germany last week. A truly terrible story and one that has clearly touched football fans, players and everyone around the country.

His sister, Dollie, posted the deeply saddening news to her Facebook page, explaining how the emergency service sadly could not save him after a lengthy three-hour struggle.

A truly gut-wrenching story. Our thoughts go out to his friends and family.

News of Charlie's passing has spread across social media, with everyone paying tribute to the late Chelsea fan.

Enjoy everyday to the full. Be nice to people. You never know what is round the corner. RIP Charlie Naughton 💔 pic.twitter.com/w08jraje0A

England players who were also made aware of the story have sent messages of love and support, including two members of his club, Mason Mount and Reece James: 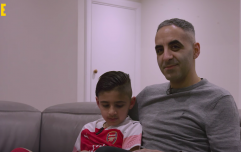 END_OF_DOCUMENT_TOKEN_TO_BE_REPLACED

A gutting story and one that really puts life into perspective. That particular moment might be one of the most iconic in recent British sporting history but it's a reminder that there are bigger things than football, so hold on to your loved ones every second you can.

Charlie's close friend, Rowan Maclennan, has started a fundraiser in his honour and to raise money for his funeral and memorials. Despite a goal of just £1,000, it has already reached over £10k with thousands of lovely people sending their donations.

Come on, England - let's bring it home for Charlie.