8 things men never talk about, but should

We are wounded. We are stubborn. We are men.

And we don't like to talk about it. We can natter on about this and that until the cows come home, but for the longest time it's been incredibly difficult to get men to talk about what's going on inside. The reasons for this are long, complicated and tied up in a lot of history, but the important thing is that we start talking today, and these are the places that we can begin. 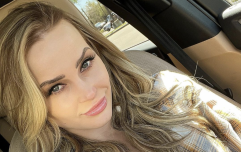 END_OF_DOCUMENT_TOKEN_TO_BE_REPLACED

Men are expected to be fearless, but there is no human being alive without fear. We should be brave, in as much as we should not be cowards, but fearlessness does not equal bravery. As Mark Twain said, “Courage is resistance to fear, mastery of fear, not absence of fear.” Bravery is not just leading the charge into the valley of death, but allowing yourself to be vulnerable.

And we are vulnerable. While we may not be staring down the barrel of gun, there are things that scare us still: fear of being alone, fear of being a failure, fear of other people. There’s no man that hasn't shared the same fears, there are only men who pretend they haven't, and they are often the most scared of all.

Perhaps the greatest thing a man fears is being seen to be fearful, and the only way to end the cycle is by talking about it.

Boys don’t cry. It’s true, boys don’t cry; boys suffer quietly. There’s an overflowing bin at the bottom of our guts marked “Feelings”, and when one gets hurt, we stuff it in there and pretend it never happened. We keep stuffing and stuffing and stuffing, until one day the sides split, the lid flies off and an ugly mess spews all over the nearest passer-by.

Men often feel as though there’s no way for them to air their hurts, that they should just “man up” and deal with it. Apart from funerals and missed penalty kicks, men rarely feel comfortable showing their true emotions, the consequences of which are potentially devastating.

Suicide is the leading cause of death in young men – we are more likely to kill ourselves than die by any other means. Too many of the loved ones left behind had no idea these young men were in pain and saw no other way to end it. Tell someone you trust, let them inside, and you’re already less alone.

We're obsessed with success, and our culture warps our view of what success looks like. A beautiful partner; your own home; 2.4 children; a flashy car; six zeros in your bank balance; an important job. The cult of aspiration dictates that, after a certain time, if you've failed to achieve at least one of these, you've failed at life. You've failed at being a man.

These are nothing but arbitrary standards, but our failures still haunt us. Some men try, fail, then never try again. Other men are so crippled by the shame of failure that they never try at all. Success is seen as the only option and anything less is a dent in our pride, but no one has succeeded without failing multiple times. We should be proud of our failures, because they're proof that we've done more than most: they're proof that we tried.

It takes a brave man to hold up his hands and say, "I couldn't do it, but I'm going to try again." There's only one Superman, and even he fails from time to time.

In a society that worships the alpha male, our minor flaws are equated to gaps in our masculinity. You may not be the muscliest man in the room, but that doesn't make you weak. This image of masculinity is, in fact, extremely fragile, and if you've ever seen a "macho" man get beaten at pool by a woman, you may know something about that. You are free to shape yourself into any man you want to be, but don't be fooled into thinking that the carbon copies you see around you hold the secret to inner strength.

And we may have legitimate weaknesses, things that we struggle with every day, but by opening up a dialogue about them we can see that what we think are weaknesses are actually normal and shared by many, and it's only our pride that keeps us from seeing that. True strength comes from knowing our weaknesses, and by sharing them we can become stronger together.

5. The women in our lives

The easiest way to be part of the solution is to stop being part of the problem. You may not be misogynistic, but excusing or ignoring misogynism is as bad as approving of it. If you see it, call it out. Have the hard conversation. This is not a fight, it’s an inevitability. Casual sexism’s days are numbered, and the time will come when "smashing her back doors in" can no longer be laughed off as banter. The only question is: which side of history do you want to be on?

According to our Men Unmasked survey, 93% of men want to be there for their friends, but only 40% of men ever reach out when they need it. We all know how reticent we are to ask for help, because we're conditioned to believe that we can manage it on our own. Being the stubborn dickheads that we are, it's going to take one of us to start the conversation that the other wants, or even needs to have.

All it takes is one sentence: "If you ever need to talk, I'm here." No pressure, no digging, no cajoling; just the promise that you'll answer when they decide to make the call. You can go right back to taking the piss out of him, but those eight words might open a door that he's been banging his head against for years.

There are days. There are just some days. The days that we stiffen our upper lips. The days that we try to shut out. The days when we hobble along when all we want to do is lie face down on the ground. Some people won't believe how hard it can be for a man to admit that he's not happy. Our default answer to "How are you?" is "I'm fine", even if we're falling apart.

It's time to say goodbye to the strong, silent type, because a man who can't comfortably articulate his feelings is a ticking time bomb. Our friends want to be there for us, but we're afraid of having the 'awkward' conversation - "Yeah, then he started getting all weird on me, getting all feely and emotional." If you start to panic when a mate opens up to you, this is all you have to do: shut up and listen. We will all go through hard times, but they're so much harder on your own.

For many men, life is a serious business. To the serious man, his job is to provide, to endure, to be a rock and not to roll. We all know men - a father or perhaps a father's friend - who do everything for everyone else, but take nothing for their own. They think it's a man's duty to carry the weight of the world on their shoulders, and that frivolities like fun and happiness are for children and wives.

These men need joy more than anyone, and they may not even know it's possible. We have a right to be happy. We have a right not to live in misery. Joy is not something to be selfish with, it's made to be shared, so share it with someone who needs it. Show them what they never thought was possible.

popular
Incredible case of the only known individual whose parents were two different species
Man flies 4,000 miles and spends £2,300 to track down thief who stole his AirPods
Jealous man glued wife's vagina shut as he caught her cheating with four men
TikTokers are utterly convinced there is a secret zombie apocalypse going on in China right now
Time traveller’ claims to know exact date Queen will die
Darius Danesh opened up about his health struggles before his tragic death aged 41
Praying man who said 'see you in heaven' tries to open door mid-flight
You may also like
News
Paddy Pimblett: Number of men attending mental health club surges after UFC star’s speech on suicide
Sport
Mohamed Ihattaren left out of Ajax training camp after being 'threatened and intimidated' at club
Entertainment
Machine Gun Kelly details how he put a shotgun in his mouth while Megan Fox was away filming
News
The Last Photo: Exhibition highlights how devastatingly little we know about spotting someone who is suicidal
Sport
Dominic Calvert-Lewin says 'talking saved my life' in injury-hit season
Next Page