The least attractive accents in the UK...revealed

Different accents have a different impact on us, but it seems as though certain regional tones are more attractive than others.

Research into the attractiveness of accents from across the British Isles has been published, and residents of the midlands and north-west will be up in arms. 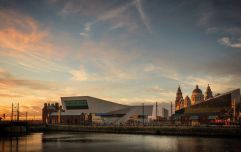 END_OF_DOCUMENT_TOKEN_TO_BE_REPLACED

UK residents were asked their opinions on whether ten specific languages were attractive or unattractive, and the Birmingham accent fell into the latter camp more often than not.

Manchester and Liverpool ran it close, with cockney not far behind, but at the other end of the scale the Southern Irish accent was the runaway leader. We blame Colin Farrell.