The battery life on the new Nokia 3310 is monstrous

Nokia has taken nostalgia to whole new levels by actually announcing their plans to produce and sell an updated version of their famously indestructible phone the 3310.

This time around, the Finnish phone won't just be physically unbreakable — it will also be indefatigable, with a standby battery life of a whole month. 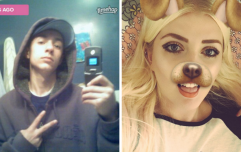 Phones in the '00s vs. Phones today

END_OF_DOCUMENT_TOKEN_TO_BE_REPLACED

Weak batteries are pretty much an unavoidable reality of smartphones, so it's likely that the huge lasting power of the new 3310 will win it a lot of favour with smartphone users in need of a back-up.

Its battery life when in constant use is 22 hours, and as anyone with a smartphone knows, that's still a damn sight better than what's on offer right now.

Compared to the original model, the screen will also be bigger and, crucially, the price lower. The phone is expected to sell for somewhere in the region of £50.

Most important of all, the new/old phone WILL have Snake, which is what we're all really clamouring for.

There is no specific release date set for the phone just yet, but Wired has reported that it will drop in the second quarter of 2017.

popular
ITV News' intro to Downing Street Christmas party clip is absolutely brutal
Emotional Robbie Savage introduces son Charlie's Man Utd debut while on commentary duty
Identical twins trying to get pregnant at same time with shared fiance
Elon Musk says humans could receive Neuralink chips from next year
Elon Musk issues warning about crumbling of civilisation
Boris Johnson apologises for a party he says didn't happen
Met police to review leaked video of Downing Street aides joking about Christmas party
You may also like
News
Pupils face total ban on mobile phones in schools
News
EE brings back roaming charges to Europe after Brexit
Tech
Which is better - Nokia's 8110 banana phone or an actual banana?
Tech
What your first mobile phone says about you
Tech
I swapped my iPhone for a Nokia 3310 and learned to live again
Next Page