Punter's brilliant cash out wins him £20,000 from a losing £1 accumulator

When you're staring down the barrel of a potentially huge betting win, you can easily get blinded by the numbers.

Just thinking about that top line figure and what you're going to wax all that money on can really cloud your judgement. 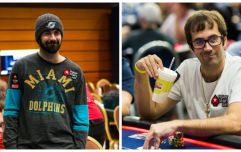 END_OF_DOCUMENT_TOKEN_TO_BE_REPLACED

But one Sky Bet punter played a blinder on a six-fold accumulator on Saturday.

The betting customer stuck a £1 stake on a six-horse bet across all the Channel 4 'Pick 6' races and was looking in good shape for a huge win.

Sky Sports report that Morando then made it four from four when scoring in Ayr's 3.10 at 3/1. Cotai Glory came in at 9/2 with a battling sprint in the Group Three back at Newbury to make it a fantastic five.

With just one race to go the pound bet was looking a solid gold cert.

But while many would have been lured by the pound signs, spurred on by a massive rush of blood to the head at the thought of hitting the jackpot, this punter played it cool. 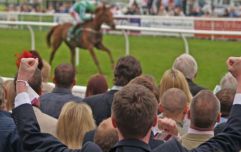 END_OF_DOCUMENT_TOKEN_TO_BE_REPLACED

Instead of doing the macho thing and see it out, the customer opted to take the money and run...pocketing the sizeable sum of £19,978.54 before their final selection, Aeolus, contested the William Hill Ayr Gold Cup.

It proved to be a brilliant call. Ed Walker's 25/1 horse ran a decent race, but finished in ninth place is the day's feature which was won by Brando as Kevin Ryan proved victorious in the race for the fourth time.

Proof that 'he who dares' doesn't always win.

Sky Bet's representative Michael Shinners said: "A great achievement to almost go through the Pick 6 races unscathed and it just shows the importance of the cash out facility to our horse racing customers."