There's hope for us all, folks.

If you've ever found yourself stuck in a rut of thinking that you're an extremely unattractive person don't worry and there are two reasons for this. 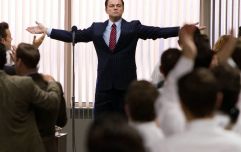 END_OF_DOCUMENT_TOKEN_TO_BE_REPLACED

Beauty is subjective, and chances are you might make more money from feeling unattractive in the long term.

Yeah, we're not entirely sure where the logic is either, but hey, at least those insecurities might pay off.

While most of us would assume that people who consider themselves attractive would have the confidence to go for higher positions in work and therefore make more money, apparently this isn't always the case.

A bit of a mouthful, we know, but we'll try our best to explain why.

The study, conducted in the University of Boston, measured the physical attractiveness of 20,000 people over 13 years.

Researchers found that while those who were confident earned lots of money, so did those lacking in confidence.

END_OF_DOCUMENT_TOKEN_TO_BE_REPLACED

In BPS Digest, Alex Fradera theorises as to why this might be, writing:

"Could this openness-attractiveness association be an indicator that some of the very unattractive scored especially low on openness and were perhaps highly devoted to a specific topic area, pursuing it obsessively to the exclusion of all distractions and eventually entering the forefront of their field?"

Or, in other words, are people so lacking in confidence that they'll focus all their energy on one specific part of work and excel until they're earning a load of cash?

It's those average Joes who we've got to watch out for.

popular
'Super recogniser' draws 'accurate' modern Maddie McCann to help police find her
Chilling video shows moment step mum tried to get away with murdering boy, 6
'I did three grams of coke during a game': Inside football's problem with Class A drugs
Mum in jail for murder pays tribute to son, 6, killed by his dad and new girlfriend
Maskless London commuters fined over £30k in just one day
The JOE Friday Pub Quiz: Week 272
Jack Wilshere could be set to resume career with National League Wrexham
You may also like
Food
UK's most-loved crisp flavours revealed and you all need to be stopped
Fitness & Health
Men with larger noses have bigger penises, a study shows
Life
Two thirds of Brits have trouble telling what day of the week it is
Food
Sliced processed cheese voted the UK's favourite cheese
News
A 1970s paper predicting societal collapse looks to be right on schedule
Next Page