Head to supermarket - come back with a pet

A family who found a newt hiding in their supermarket celery have decided to adopted the little critter as a family pet. 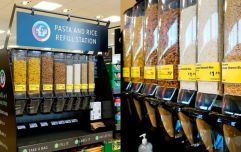 END_OF_DOCUMENT_TOKEN_TO_BE_REPLACED

Philip Caterer-Stentiford, 41, discovered the little brown creature hiding in the plastic bag of celery from Aldi when it tumbled onto his kitchen worktop as he pulled stalks from a bunch.

The creature made a speedy break for freedom, so he scooped it up and popped it in an old hamster tank in his lounge.

Philip, wife Karen, 41, and son Archie, four, named the mini beast Larry the lizard, but revised the name to Nigella the newt after some doing some online research.

The celery, originally destined for a family dinner, has also been put in the tank with Nigella so she doesn't feel homesick.

Philip said he’s fostering the newt until the animal is properly identified, so he knows where to release it safely.

He hopes to give the two inch animal a forever home in a nearby wooded area with a natural pond close to the family home in Croydon.

Philip said: “It was a huge shock, and also a bit of a concern because we’d had some of the celery earlier in the week. 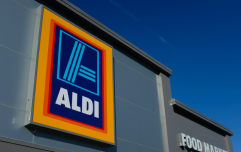 END_OF_DOCUMENT_TOKEN_TO_BE_REPLACED

“We felt worried for the animal too.

“It had been stuck in our fridge for six days, and in the shop before that, and had been transported from the farm.

“That’s a long time to be refrigerated.

“It’s exciting too. You really do get attached to things, and Archie thinks it’s very cool!"

Philip and storage-manager Karen have put a book on top of the tank to prevent pet cats Gin, Tonic, Mohawk and Brutus trying to make an unwelcome visit to Nigella. 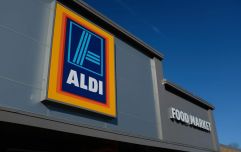 Aldi is selling an outdoor log burner for a bargain price

END_OF_DOCUMENT_TOKEN_TO_BE_REPLACED

The celery was bought as part of the family shop on August 9 at the Aldi store in Selsdon, South Croydon, and the newt was found on August 14.

Philip said Aldi offered a £15 voucher and for the RSPCA to collect the newt, he said.

An Aldi spokesperson said: “Whilst extremely rare, this can occasionally occur with products that are grown in natural conditions.

"We have apologised to Mr Caterer-Stentiford that this product didn’t meet our usual high standards and we have offered a full refund.”

popular
'Super recogniser' draws 'accurate' modern Maddie McCann to help police find her
'I did three grams of coke during a game': Inside football's problem with Class A drugs
Raphael Varane opens up on playing alongside Harry Maguire
Mum in jail for murder pays tribute to son, 6, killed by his dad and new girlfriend
Chilling video shows moment step mum tried to get away with murdering boy, 6
Former Chelsea technical director Michael Emenalo rejects role at Newcastle
Jack Wilshere could be set to resume career with National League Wrexham
You may also like
News
Shopper hits out at Aldi over 'vile' word kids should 'never see'
News
Viewers spot Cuthbert the Caterpillar being arrested in new Aldi Christmas advert
Entertainment
Aldi Christmas advert axes beloved Kevin the Carrot, replaces him with a new character
News
Urgent recalls ordered for meat and chocolate from Tesco, Asda and Morrisons
News
Aldi is selling a heated clothes airier to dry your clothes this winter
Next Page