The plans have been revealed.

In case you've missed it, let's just recap - the country's most banterous shape shifting reptilian Prince Harry and American actress Meghan Markle are set to get married in May. 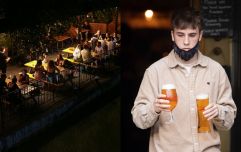 END_OF_DOCUMENT_TOKEN_TO_BE_REPLACED

So far the full details on the event itself have been scarce, although it has been rumoured that the couple have taken the unusual / savage decision not to invite one of their close relatives to the ceremony.

However, it can now be revealed (via the Royal's official, Union Jack waving propaganda outlet: the Daily Mail) that the two of them will parade through Windsor in a carriage after making their wedding vows in front of the Archbishop of Canterbury.

They will embark on a two-mile journey through the town, passing through six streets (Castle Hill, the High Street, Sheet Street, Kings Road, Albert Road, the Long Walk) before ending up back at Windsor Castle.

The vows will be made in the castle's 15th century St George's Chapel with the Dean of Windsor, the Right Rev David Conner, getting the gig as Marrier-In-Chief.

The ceremony should go on about an hour, beginning at 12pm and finishing by 1pm. END_OF_DOCUMENT_TOKEN_TO_BE_REPLACED

After that there will be a reception at St George's Hall for the couple and congregation - where presumably, like ever other wedding up and down the country, the 300 or so guests will neck a load of Jägerbombs and throw a few shapes to 80s bangers.

A spokesperson for Kensington Palace said: "Prince Harry and Ms. Meghan Markle are hugely grateful for the many good wishes they have received since announcing their engagement.

"They are very much looking forward to the day and to being able to share their celebrations with the public."