Does the milk go in first or last in a cup of tea?

This is Pointless Debate, where we argue the toss about stuff that really doesn't matter, but actually really matters a lot. This time we're squabbling about...

Tea: does the milk go in first or last? 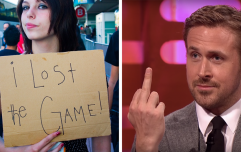 END_OF_DOCUMENT_TOKEN_TO_BE_REPLACED

When the world thinks of Britain, it thinks of tea. As national stereotypes go, the idea that Brits are tea addicts - always with a brew in hand, never far away from a kettle and a box of Tetley's - is entirely accurate.  We love a good brew, but the process of making one splits the nation in two.

Some people put the milk in first, then adding the hot water and letting the tea brew. Others add the hot water, let it sit for a few minutes, then add the milk. It's a hotly contested issue, but which side are you on? You can cast your vote in the poll at the bottom, but first, here are the arguments.

For the sake of clarity, we're talking about tea brewed in a mug, not a teapot.

The argument in favour of putting the milk in first 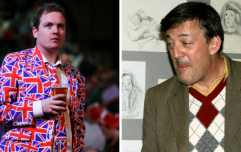 QUIZ: How stereotypically British are you?

END_OF_DOCUMENT_TOKEN_TO_BE_REPLACED

If 2016 has been the year of anything, it's been the Year of Fuck Experts What Do They Know Anyway. Well, 'a lot' is what experts know, and when it comes to our most precious cultural institution, we would do well to listen to them. The Royal Society of Chemistry has said that to make the perfect cup of tea, the milk must go in first. Pretty definitive, really.

"If milk is poured into hot tea, individual drops separate from the bulk of the milk, and come into contact with the high temperatures of the tea for enough time for significant denaturation - degradation - to occur. This is much less likely to happen if hot water is added to the milk."

Basically, if you don't want to fuck up the milk (and in turn fuck up your tea), put it in first. 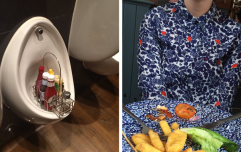 21 things you could only see in a Wetherspoons

END_OF_DOCUMENT_TOKEN_TO_BE_REPLACED

But if we forget the science for just a moment, putting the milk in first is just more convenient. Preparation is the key to success in all walks of life, and tea is no different. You can put the teabag and the milk in the mug while the kettle's boiling, putting the box and bottle back in their respective homes. All you have to do is pour the water in and wait.

Don't listen to those preachy milk-lasters, they don't know what they're talking about. Milk first, always.

The argument in favour of putting the milk in last

What the fuck? Why are we even having a debate about this? The milk goes in last - there's no other way to make tea. A good cup of tea is all about delicate balance between milk and tea, and by putting the milk in first you are more likely to mess up that balance. How can you accurately judge how much milk you're adding if you put it in first? You need to see the colour change to properly gauge how much milk is necessary.

Putting the milk in last gives yourself some room for error. If it still looks a little dark, you can add some more in. If you then make it too milky, then there's not much you can do, but at least you had the chance to correct it in the first place. Going milk first is reckless, and we are not reckless with tea.

The scientists might think that milk goes in first, but scientists also invented the atom bomb, so can you really trust them? There's one man you can trust, and that's George Orwell, who said in his 1946 essay 'A Nice Cup of Tea' that:

"By putting the tea in first and stirring as one pours, one can exactly regulate the amount of milk whereas one is liable to put in too much milk if one does it the other way round."

Put the milk in last. You know it makes sense.

Only you can settle this debate, so which side are you on?