Search parties in Australia have been working tirelessly to locate four-year-old Cleo Smith, who went missing from a campsite near the town of Carnarvon on October 16th.

Police have now confirmed that she has been safely recovered from a locked house in the nearby area and have released footage taken from the moment officers carry her out alive and well:

The moment Cleo was rescued 👏 pic.twitter.com/arusYi9kCa

It has been revealed that the house she was located in was not too far away from the local Western Australia Police Station and the officers who discovered her, and just a seven-minute drive from her family home. 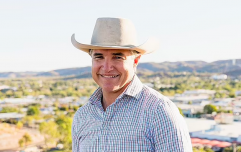 END_OF_DOCUMENT_TOKEN_TO_BE_REPLACED

Officers broke into the home around 12.46am, finding her sat in a small room before one picked her up and asked her, "What's your name?" - she answered: "My name is Cleo". As you can see in the clip above, she can be seen being asked how she is, to which she simply nods and quietly mumbles, "Good".

It is still yet to be confirmed how she ended up in the locked home after vanishing at the Blowholes campsite in Macleod, but a 36-year-old man is currently in custody and being questioned over her disappearance.

It is thought that the man was spotted by a neighbour buying nappies, according to ABC News, admitting, "We didn't click who [...] he was buying them for".

There is relief all over Australia that she has been found alive and well - here she is in the hospital looking in good spirits after being reunited with her mum and dad.

Western Australia Police have released an image of Cleo Smith safe in hospital.

The four-year-old has been reunited with her family after being missing for 18 days. #9News