Hauntings increase the value of your house by 18%, study reveals

Summon a demon this Halloween and increase the price of your house!

If your house happens to also be the home of restless spirits, you could find that the value of your property increases. 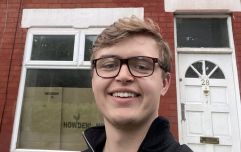 Landlord, 22, says young have 'no excuse' for not owning a home

END_OF_DOCUMENT_TOKEN_TO_BE_REPLACED

According to the latest study by Inventorybase, homes with a considerable supernatural presence actually sell for more than other properties in local areas. The research looked at (supposedly) haunted homes and found that they sold for 18 per cent more than other neighbouring, non-ghost-filled residences.

In fact, you could sell your house for up to £48,000 more should ghosts and ghouls be chilling in your living room and raiding your cupboards in the dead of night. So next time you hear the drip of a tap or the screeching of demonic nails against the wall, don't run in fear, instead put it on the market.

For instance, 284 Green Street, Enfield Town, was the location for 2016 horror movie The Conjuring 2 starring Vera Farmiga and Patrick Wilson. The home's price has increased over time from £330,000 to £431,000, which the researchers put down to the house's checkered spiritual history thanks to its links to the Enfield poltergeist hauntings of 1977 and 1979.

39 De Grey Street in Hull, also known as The Hostel by ghost hunters, is the location of some of the most horrific hauntings in Britain. 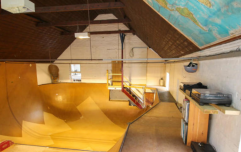 END_OF_DOCUMENT_TOKEN_TO_BE_REPLACED

"As soon as I walked into the house, I just felt this horrific energy," said clairvoyant medium Jolene Lockwood. Others report being dragged across the floor and strangled - and even police officials escaped a close encounter with a bookshelf.

Over the years, and with growing notoriety, the house has increased in value by over £100,000.

With other properties on the same street falling short of this price tag - and the only noticeable difference being the house's supernatural ties - it can only be assumed that Brits love a haunted house.

Meanwhile across the pond, people also have a spooky desire to own haunted houses, with the most notable being the subject of the original Conjuring movie. Now selling at $1.2m, the ghosts and goblins living in this Rhode Island residence will soon have the swankiest of roommates. Another look around London's weirdest houses

END_OF_DOCUMENT_TOKEN_TO_BE_REPLACED

As Halloween approaches and the housing market continues to fluctuate, kill two birds with one stone and summon a demon this October 31. Of course, by 'kill two birds' we are referring to blood sacrifice because you can't call on the forces of darkness without spilling a little blood.

popular
How did Brian Laundrie’s parents find his remains in a few hours?
‘Flesh-Eating’ STD spreading across the UK causing 'beefy red' sores
The JOE Friday Pub Quiz: Week 266
Crystal Palace fans unveil banner protesting Saudi ownership of Newcastle
Where England's highest earners sit in relation to rugby's top-paid players
A definitive ranking of every swear word from worst to best
Vin Diesel walked Paul Walker's daughter down the aisle
You may also like
News
Builder destroys £475,000 home after 'owner refused to pay £3,500 bill'
News
Five houses must be torn down after they were built a third bigger than planned
News
Martin Lewis gives warning to young people wanting to buy first house in next 10 years
News
Buying your first house is about to get even more difficult
Life
Rent wars: London studio flat or seaside town house?
Next Page