Gay men are at serious risk under Taliban rule

Numerous gay men have spoken out over their fears of living in a Taliban occupied Kabul. Speaking to the Insider, several have said they are now 'living through a nightmare'.

END_OF_DOCUMENT_TOKEN_TO_BE_REPLACED

37-year-old gay man Afghan Rameen spoke to Insider over the phone in tears: "I just hope that somebody comes and wakes me up from this bad dream."

Rameen works for the United Nations and said that despite homosexuality being illegal, he had once enjoyed the underground gay scene in Kabul.

"It was fantastic and so much fun," Rameen recalled, saying that the hidden homosexual culture felt relatively safe.

He now lives in constant fear and is too scared to meet up with his boyfriend of three years.

"It's not hyperbolic to say that gay people will get weeded out and exterminated by the Taliban..”.

Heartbreaking piece from @mrjoshz & @liashoaib speaking to Afghanistan’s LGBTQ community. A reminder we need to be organising and fighting for expansion + speeding up of asylum. https://t.co/jre7idiWIj

END_OF_DOCUMENT_TOKEN_TO_BE_REPLACED

"If the Taliban finds out about us, they'll sentence us to death," Rameen said. "I think we will have to stop our relationship."

These fears were reiterated by Ghulam, who also says he may never see his partner again. "If we get caught, the Taliban will kill us," he told Insider during a phone call. 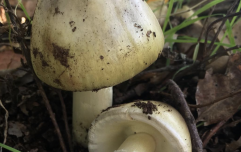 END_OF_DOCUMENT_TOKEN_TO_BE_REPLACED

Though homosexuality has technically been punishable by death for decades, reports say that this has not been enforced since the Taliban's rule in the '90s and early 2000s. However, back in July, a judge from the radical Islamist group vowed to sentence gay men to death by stoning or by being crushed by a nine-foot wall.

"We cannot go out because we are just scared for our lives," Ghulam continued.

"If I had permission to get a visa to go to another country, I would not stay here for another second."

"I hope others can get asylum. I have contacted people in Germany and said they have to help LGBTQ people. They need help," said Najib Faizi, a Youtuber who claimed Asylum in Germany at the age of ten.

36-year-old Sayed spoke via Facebook Messenger from Afghanistan's Balkh province. "Previously, I could meet face-to-face with a partner without feeling any shame about it," Sayed said. But now Sayed is frantically seeking asylum.

"It's clear to me that as soon as the Taliban know that I am a gay man, they will kill me without even thinking about it," he said.

"It's not hyperbolic to say that gay people will get weeded out and exterminated by the Taliban, just like the Nazis did," said Nemat Sadat, the first public figure in Afghanistan to advocate for LGBTQ rights.

Sadat is currently helping men like the ones mentioned above escape the Taliban regime through Asylum seeking programs.

popular
Runner finishes last in 400m race as penis keeps falling out of shorts
Teacher's sex abuse sentence delayed after she gives birth
Massive piece of Elon Musk's spacecraft lands on farmer's property and could make him very rich
Inbetweeners star Joe Thomas has been in a relationship with his co-star for over 10 years
NASA scientist's desperate plea before being arrested
Tourists left 'squealing' as thousands of venomous crabs invade UK beach
Karen's Diner apologises after waiter called customer a 'pedo' and an ‘OnlyFans tart’
You may also like
News
At least 250 people killed in Afghanistan earthquake
News
Six-year-old boy dies after being trapped in well for four days
News
Ex-BBC journalist Andrew North 'kidnapped' by the Taliban, reports suggest
News
SAS soldier ran through gunfire to save army dog shot after it helped kill sniper
News
Boris Johnson outdoes himself with the most ridiculous denial he's ever made
Next Page