Five important questions about the toilet with lipstick marks inside it

Today's most important topic of discussion involves a toilet that was found with lipstick stains inside it.

Along with countless others, I have many questions that I'd like answered with regards to this matter.

If anyone can provide further information, please don't hesitate to contact us urgently.

Question 1: Are the lips that kissed the toilet bowl that of a human?

This is the internet, and nothing should ever be taken at face value. It would be foolish to blindly assume that those are human lips, when a variety of other creatures may have been involved in the act itself.

END_OF_DOCUMENT_TOKEN_TO_BE_REPLACED

Based on the width, density and overall shape of the lipstick stain, I'm inclined to lean towards something like a baboon or a macaque. Perhaps he/she was relieving oneself, when a notion to hydrate fell upon them. Rather than drinking directly from the faucet like some kind of animal, he/she flushed, then proceeded to make their way towards the fresh water supply. They overshot the bowl and ended up mushing into the ceramic, evidently.

That lipstick could've been applied hours ago, but thanks to advancements in modern makeup techniques, one application can last up to 24 hours without any need for a retouch. The baboon/macaque/human probably didn't even notice the telltale sign they'd left behind. Look, it's plausible.

Question 2: Are there people out there that experience sexual attractions to toilets?

We saw on Monday's CBB that India Willoughby had felt a 'fluttery twinge' in response to a Dalek during Doctor Who, so it's not really outside the realms of possibility that people can be sexually attracted to toilets. 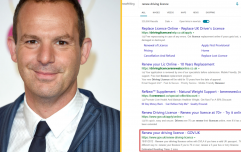 END_OF_DOCUMENT_TOKEN_TO_BE_REPLACED

I've seen two separate documentaries about people that are engaged in sexual relationships with cars and rollercoasters. It's a legitimate condition where people find themselves enamoured with inanimate objects and no one here is in a position to judge them. In the hustle and bustle of this modern age, one must secure their kicks wherever they can, frankly.

So the hypothesis I'm putting forward here is that a lipstick-wearing individual is engaged in a sexual relationship with the toilet pictured above. Perhaps he/she is the one that has taken the picture after the act, in a dog pissing on its territory sort of way, so as to ward off any potential interest from other parties in this specific bog.

Question 3: Who took the photograph?

In 2018, it's foolish to assume that an image can be attributed to the person that goes viral with it. This particular Twitter account, @ClawedHumour, may well be populated by the person that stumbled upon the crime scene pictured above. If so, was he/she the first person to see it? Or were they alerted to it by another person?

As we all know, the saying goes that 'he who smelt it dealt it', so the perpetrator may be closer than we think. If you look at the caption of the tweet: 'Stranger Things - 2018', you'll notice that it's capitalised, spelled and spaced out correctly. We are dealing with an intellect here, that is an undeniable fact.

So is the whole thing a calculated affair? Did boredom or a desire to go viral strike, causing one or more people to concoct this whole scene? Off the top of my head, the strangest thing I can think of is nowhere near as strange as lipstick marks in a toilet bowl. However this came about, we're dealing with some masterminds at work. I'm scared.

Question 4: Was there a shortage of toilet paper at the time?

When one applies lipstick, one will often blot one's lips on some tissue paper so as to ensure an even distribution. Science probably plays a part in there as to how that's allegedly an effective method, but that's not what we're discussing here today.

Let me set the scene: Someone has just successfully lined and then lipsticked their lips. He/she then reaches to the toilet roll holder for some tissue, but it's gone. Classic roommate Greg hasn't replaced the roll and it's his turn. He's such a lazy shit. I hope he dies.

So the lipstick applicant is in a bit of a bind. What can they do? Use the shower curtain? A bath mat? Gross, people put their feet there. Instead, he/she deduces that kissing something should achieve the same result as blotting on paper. Enter the humble toilet bowl. Commence the make out sesh.

Question 5: Are toilets capable of love?

We all know that toilets can be engaged, but are they sentient objects now as well? Can a toilet experience love, act on its feelings and even commit to a long-lasting relationship?

If it's possible, I'd like to be the first person on record to say that this entire spectacle is a beautiful thing. If I can't legally marry my dog then I'd certainly consider settling for second best and marrying his favourite watering hole instead. It's 2018, if a car can drive itself, then why can't a person marry the love of their life, toilet or not?

That lipstick stain is a sign of the times. People are in love with toilets and they're not ashamed of it anymore. Fifty years ago it could've landed them in jail, but now it's perfectly fine. You can love your toilet if you want, you can even leave a lipstick mark on it for all the world to see. Whomever kissed this toilet bowl and was brave enough not to remove the evidence as they may have done in the past, I commend your bravery and wish you a lifetime of happiness. Godspeed, toilet lover.